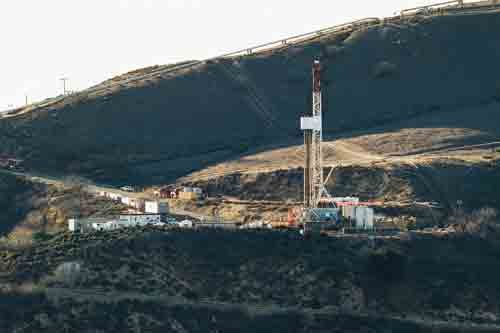 The Los Angeles County District Attorney announced this week that Southern California Gas Co. will pay $4 million as part of a settlement to resolve criminal charges accusing the utility of failing to immediately report the massive gas leak at the Aliso Canyon storage facility near Porter Ranch.

The company pleaded no contest to one misdemeanor count of failing to immediately report the gas leak, which began last Oct. 23 and was not capped until February, according to the state Office of Emergency Services and the local Certified Unified Program Agency.

Three other misdemeanor counts filed against the company in February are expected to be dismissed at sentencing Nov. 29, if the terms of the settlement are completed, according to the District Attorney’s Office.

“This agreement ensures that Southern California Gas Co. is held accountable for its criminal actions for failing to immediately report the leak, District Attorney Jackie Lacey said. “Our office has helped bring the Aliso Canyon facility into compliance, keeping in mind that public safety is of the utmost importance. Going forward the protections put in place by this agreement create a safer facility for its employees, the environment and the surrounding communities.”

The agreement requires the company to install and maintain an infrared methane monitoring system at the Aliso Canyon site that will cost between $1.2 million and $1.5 million, and to retain an outside company to test and certify that the monitoring system and real-time pressure monitors placed at each gas well are working properly.

Under the agreement, a half-dozen full-time employees will be hired to operate and maintain the new leak detection systems 24 hours a day at a cost of about $2.25 million over the next three years.

The agreement also calls for the company to revise and adopt new reporting policies for actual and threatened releases of hazardous materials to the appropriate agencies, and mandates training courses on proper notification procedures for all of the utility’s employees who work at natural gas storage facilities within Los Angeles County.

SoCalGas will also pay $307,500 in fines and penalty assessments, along with more than $246,000 for the cost of the investigation and emergency response by the Los Angeles County Fire Department’s Health and Hazardous Materials Division.

The utility is on notice that it could face a more serious criminal penalty in the future, if the same unlawful conduct occurs, according to the District Attorney’s Office, which said the settlement will not interfere with pending civil actions against the company.