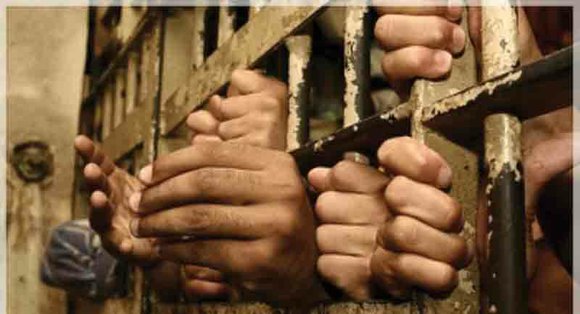 This proposition has Gov. Jerry Brown on one side and child safety advocate Marc Klass on the other.

Proposition 57 allows parole consideration for persons convicted of nonviolent felonies upon completion of full prison term for primary offense, as defined by the state website.

However, its opponents argue that the definition of nonviolent is too loose and would allow prisoners who have been convicted of violent crimes to get out early.

In addition, it allows juvenile court judges to make determinations, upon prosecutor motion, as to whether juveniles age 14 and older should be prosecuted and sentenced as adults.

Its proponents claim that it will save the state tens of millions of dollars due to a reduction in the prison population.

A YES vote on this measure means: Certain state prison inmates convicted of nonviolent felony offenses would be considered for earlier release. The state prison system could award additional sentencing credits to inmates for good behavior and approved rehabilitative or educational achievements.

Youth must have a hearing in juvenile court before they could be transferred to adult court.

A NO vote on this measure means: There would be no change to the inmate release process. The state’s prison system could not award additional sentencing credits to inmates. Certain youth could continue to be tried in adult court without a hearing in juvenile court.

Those convicted of non-violent felony crimes that have served their basic sentences and passed screening for public security would be eligible for parole.

The pros and cons…

“Its essence is to provide an incentive,” said Gov. Brown, who is spearheading the campaign to pass the resolution.

Californians for Public Safety and Rehabilitation is leading the support campaign for Proposition 57. Other supporters in addition to Gov. Brown include Sen. Loni Hancock (D-9), Lenore Anderson, head of Californians for Safety and Justice, and Charlie Beck, Los Angeles police chief.

Proposition 57 opponents say it is poorly drafted and would allow criminals convicted of crimes such as rape, lewd acts against a child, and human trafficking to be released early from prison.

Marc Klaas, head of Klaas Kids Foundation, says this about the proposition:

“Proposition 57 is a many headed monster that will wreak havoc on public safety. It allows the early release of inmates serving time in state prison for violent and non-violent offenses through parole grants or accelerated sentence credits.”