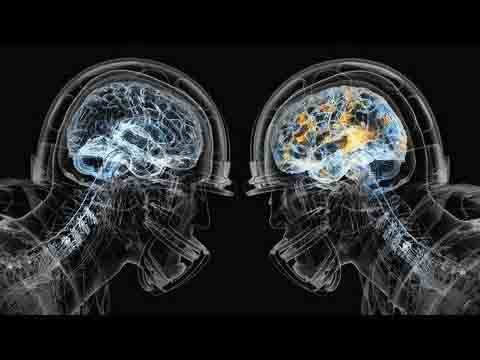 Sports, especially a career in football, for decades has been seen as the ticket to higher education or a lucrative career that could get many Black families out of the ’hood. But with the Will Smith movie “Concussion,” and the work of Dr. Bennet Omalu raising awareness about brain injuries, are some families rethinking letting their sons play football?

Timothy White comes from a football family. He’s father Elwood T. White played for USC and in the NFL. White currently plays for Arizona State University and would eventually like to play in the NFL.

He says he has never really given much thought to long-term injuries, although he did have a concussion in high school. White says he realizes that football can lead to serious injuries, but he loves the game and realizes what he signed up for. He also said that he would have no problem letting his son play football.

However, Mahisha Dellinger, a California native who now lives in Dallas, Texas, was more concerned about letting her son play football.

“I will never forget my freshman year at Valley High School. A senior football player was paralyzed as a result of an injury on the field. High school football … his life was never the same,” she said. “I decided that day, if I ever had a son, he would never play football.”

However, Dellinger’s son has ended up playing football.

“My son just started his first year of middle school football,” she said. “His personality and personal interests lean towards intellectually challenging games and safer sports vs. the traditional ‘rough and tough’ sports. My husband made him join the team, for one season, to give it a try. I agreed only to allow him to do so, if he could guarantee that he would not be in a position to be tackled.”

Dellinger said she is also encouraging her son to play a less physically demanding sport.

“I love the fact that my son prefers golf, tennis and swimming. After this football season is over, we will be back in the clear,” she said.

Dr. David M. Reiss, a San Diego-based psychiatrist, said he likes the idea that movies like “Concussion” are bringing up the issue of brain injuries related to football.

“‘Concussion,’ ‘League of Denial’ and other ‘entertainment’ vehicles as well as general discussion in the media have made the issue much more known to the public and better understood—although there is still considerable misunderstanding and denial,” said Reiss. “However, it must be realized that young players will still feel ‘it can never happen to me.’”

Reiss said that he has treated several former football players for physical and psychological issues related to years of playing the sport.

Reiss also added that many players turn to illegal drugs, such as marijuana, to help manage the pain that comes from long-term injuries.

He added that it’s difficult to advise parents whether to let their children play football or not, because no sport is 100 percent safe. However, if parents do decide to let their children play, he tells them to seek out programs that minimize contact, especially head contact, during practice. He also advises parents to make sure programs have adequate medical services on site to handle injured players.

“Look for a program that encourages appropriate competition but does not stigmatize or punish injuries and does not instill a mentality that youth should sacrifice their long-term health for any one game, season or team,” Reiss said.