What You Need to Know about Voting on Tuesday, November 8 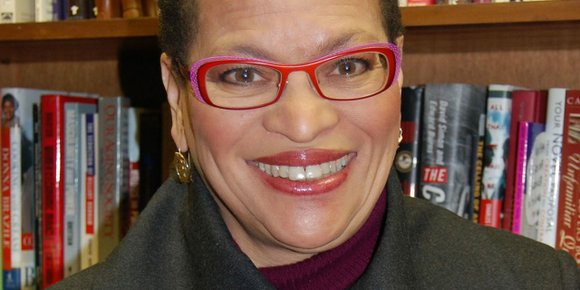 Julianne Malveaux says that the terms and conditions of voting are still being negotiated in some states, so it makes sense to stay on top of voting rules

Are you ready to vote? Are you registered? These may seem like simplistic questions, especially for those who are aware, but every year some folks are denied access to the polls, because they didn't register on time, or they moved and their address does not match the address the registrar of voters has, or SOMETHING. The Presidential election is likely to be a nail-biter, and there are local races that are also close. Your best bet is to make sure you know what the requirements for voting are in your state. Check out www.vote.com; the site lists the requirements for all 50 states. A few states allow voter registration on the day of an election, but most states require you to register between 11 and 30 days before the vote. Some states allow online registration, most allow registration by mail (with requirements about the date a registration is postmarked), and almost all allow in-person registration.

The terms and conditions of voting are still being negotiated in some states so it makes sense to stay on top of voting rules. A federal appeals court recently kicked discriminatory North Carolina voting terms to the curb, saying that that state discriminated against African Americans with “surgical precision.” Efforts to reduce the number of days available for early voting, or to eliminate Sunday voting, disproportionately affect African American voters. North Carolina Republians are deliberate and mindful in their attempt to sideline African American voters, since most African Americans are Democrats. They want to deliver their state to Donald Trump and they want to ensure that Senator Richard Burr and Governor Pat McCrory, both Republicans, are also re-elected.

North Carolina isn't the only state with electoral shenanigans. Texas, Kansas, Georgia and Alabama have also implemented restrictive measures that are being appealed by civil rights groups, the League of Women Voters, the NAACP and others. Disputes revolve around things like absentee ballots, purges of inactive voters, and issues of whether ballots will count if they are cast in the wrong precincts. In our “Democracy,” it seems that we do more to discourage voters than encourage them, and while the voting process could be seamless, plans to prevent as many as 50,000 Kansas voters from going to the polls, for example, make no sense in a “participatory democracy.”

Some folks don't want it to be participatory, though. Republicans now control most state legislatures, and have been passing voter suppression laws since 2010, when they began to take control of state houses. Civic participation organizations, like the Lawyers Committee for Civil Rights Under Law, the National Coalition for Black Civic Participation, and others, are fighting back, preparing to have people available to help voters, especially in battleground states, and with hot lines (1-866-OUR-VOTE) and other forms of voter assistance. In an election that is likely to be close, it is important that every voice be heard.

I'm still not clear why polling suggests that this vote is so close. Secretary Hillary Clinton, for all her imperfections, is a stunningly superior candidate to the bumbling Donald Trump who just recently praised Russia's Vladimir Putin as a “better leader” than President Obama. Now, that's just downright unpatriotic, not to mention short-sided, and tone-deaf. While folks are running Colin Kaepernick down for being unpatriotic, Trump gets away with comments that border on the treasonous, and is still considered a “credible” candidate for President. Really?

Donald Trump goes to one Black church and gets all kind of mainstream media coverage. Hillary Clinton visits numerous Black churches, and the mainstream media is absent. Donald Trump blusters his way through an interview with Matt Lauer on national security, and is hardly challenged and, certainly, never interrupted. Hillary Clinton offers substance to an extremely biased Lauer who was, at best, unprepared for the interview. Instead of getting kudos on her performance, too many have noticed that Hillary didn't smile. National security is no laughing matter, folks.

Julianne Malveaux is an author and economist. Her latest book “Are We Better Off? Race, Obama and Public Policy” is available via www.amazon.com for booking, wholesale inquiries or for more info visit www.juliannemalveaux.com