‘Films with a Purpose’ leads to ‘Forgiveness’ 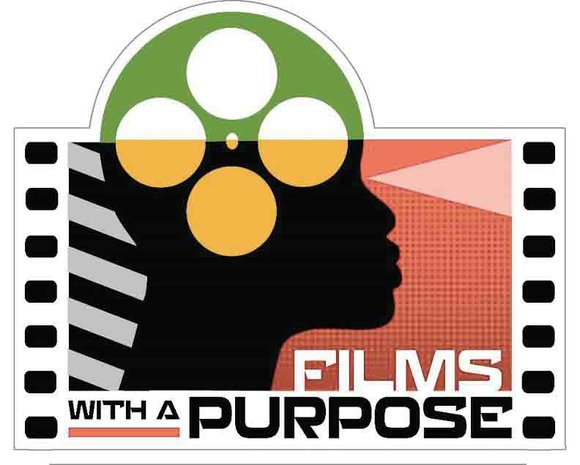 Films with a Purpose” (FWAP) Innovative Fund, is Sandra Evers-Manley’s latest groundbreaking non-profit project that opens channels of opportunity to diverse independent and student filmmakers, giving them the opportunity to tell their stories their way, straight from the heart.

Evers-Manly, whom I believe is the Patron Saint of Black Filmmakers, was the founder of the Black Hollywood Education and Resource Center (BHERC) in 1996. The highly celebrated nonprofit organization assists African American filmmakers and artists with funding, support and exposure for their film projects. As a result, a number of Black filmmakers, in front of and behind the camera owe her a tremendous debt of gratitude.

“Films with a Purpose” Innovative Fund is another outstanding example of how Evers-Manly deems to shed light on the African American story in America. The goal of FWAP is to support the production, completion and distribution of diverse films that inspire, and educate. To identify filmmakers who will tell stories that impact the hearts and mind of the viewer. Those selected will receive much more than dollars, they will receive a champion for their project and real mentorship with key partners.

This week the public is invited to see “Forgiveness,” one of five films that will be released under the “Films with a Purpose” banner. Written and directed by Satie Gossett, the son of Academy Award winning actor Lou Gossett, (1983 Best Supporting Actor, “An Officer and Gentleman”) the film tells the story of a young boy named Oliver Burroughs, who studies the brutal history of slavery in his classroom. As a result, he enters a national essay contest issued by the president of the United States. The young boy believes the president should issue an apology for America’s involvement in slavery as a way to help ‘fix’ America.

Ironically, this film is very timely in the wake of the actions taken by Georgetown University which recently apologized for its historical links to slavery and said it would give an admissions edge to descendants of 272 slaves who had worked on church-affiliated plantations in Maryland, whose sale in 1838 helped pay off the U.S. school’s debts.

“This original evil that shaped the early years of the republic was present here,” Georgetown President John DeGioia told an audience that included descendants of the slaves.

FWAP is issuing a challenge to community leaders and educators to organize and attend a public screening for the movies. It is their belief that by doing so they accept the challenge to replicate the FWAP effort to “Educate, Inspire, Empower” through the power of film.

Five films have been selected for funding. The first project selected, “Agents of Change” examines the untold story of the racial condition on college campuses and in the country that led to protests. It looks at a pivotal time in history where students were caught in the crossroads of Civil Rights, Black Power, and anti-Vietnam War movements.

The second film is “Forgiveness” and three other films that have been funded are currently in production.

Filmmaker (“Forgiveness”) Satie Gossett, is a graduate of Syracuse University, and holds a bachelor’s degree in communications and a minor in film studies and is currently a writer, director and producer at Goose Egg Entertainment. He creates feature and short film content for various media outlets. With a variety of short films, and documentaries under his belt, Gossett is poised to be one of the major voices of the future.

He also says, “Daring greatly as a filmmaker helps expose audiences to new stories and ideas that if so bold and audacious can change the context of how we view the world and each other. My hope is that “Forgiveness” can shift the world’s context around how we deal with slavery as a people and as a country.”

“Forgiveness” opens in limited release at Landmark Theaters; Sept. 7-13. For tickets, log on to Lamdmarktheatres.com.

For more information about FWAP or how to book a screening after the limited engagement, contact bookings@filmswithapurpose.net or call (213) 293-4786.