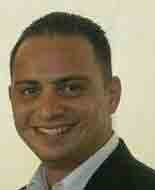 The northern portion of Los Angeles County has a new executive director of the American Red Cross. Raul Claros has joined the team as executive director for Northern Valleys, after serving as a deputy for Los Angeles City Council President Herb Wesson and says that disasters such as “Superstorm” Sandy, Hurricane Katrina, and the recent earthquake in central Italy are “wake-up” calls that urge county residents to be prepared for an emergency.

Claros, who has served the county for more than a decade as a teacher, community organizer and government liaison in Sacramento and in the City of Los Angeles, said this week that the recent wildfires locally and the floods in Louisiana remind us that disasters can occur “anytime and anywhere.” He wants to make sure that the Antelope, Santa Clarita, San Fernando and Crescenta valleys are prepared and ready to respond after a natural disaster.

“We need to remind everyone that disaster preparedness should be something to work on now, not tomorrow,” Claros said. “My goal is to engage dedicated leaders who will partner with schools, local businesses, community-based organizations, government agencies and faith-based affiliates to create a connected community that is increasingly able to bounce back from a disaster.”

In the past year, the Northern Valleys Chapter of the American Red Cross has worked with partners to add shelter space, acquire emergency resources, and instruct residents on how to survive disasters, as well as serving military personnel and veterans at Edwards Air Force Base, China Lake Naval Weapon Center and Air Force Plant 42.