Some Blacks say images in slave movies are too painful 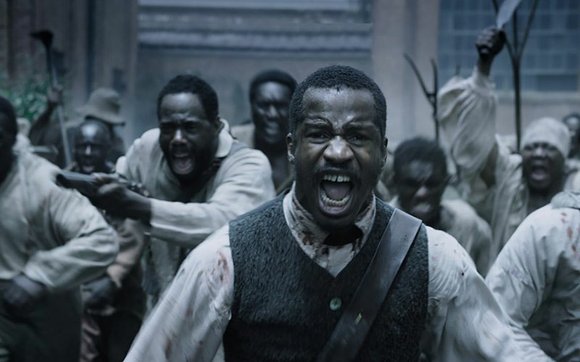 With the reboot of “Roots,” the success of the Oscar-winning “12 Years a Slave” and the much anticipated “Birth of a Nation,” it seems as if movies with slave themes are seeing a resurgence. But some Black people are saying they’ve had enough. Rapper Snoop Dogg declared that he planned to boycott the new version of “Roots,” which was aimed at a younger generation who may not remember the ‘70s mini series. He told The Hollywood Reporter these movies “keep showing the abuse we took hundreds and hundreds of years ago.”

Chante Griffin, a writer-performer who lives in the Los Angeles-area, studied this issue in college. Griffin said slave movies are a double-edged sword. America has to address its past, but some issues are too painful for certain viewers.

“I have ‘slave-narrative fatigue’ just as much as I have ‘being Black in America fatigue,’” said Griffin. “Unfortunately, the two go hand in hand. Cinematic images matter, just like Black lives matter. Resultantly, the cinematic images of Black lives matter even more. Yes, slavery is a part of African American history, but it isn’t the entire story.”

Griffin said she is concerned that Hollywood is focusing on slave movies and ignoring other parts of the Black experience.

“Our mainstream culture doesn’t show what Africans were doing in Africa before they came to the U.S. This is problematic because it presents us as an ahistorical people group,” she said. “And many Black folks in the U.S. today migrated from other countries in the Caribbean and Africa—willingly. Where are their cinematic stories?”

Griffin said she avoided watching the reboot of “Roots” and other popular and critically-acclaimed slave movies.

However, Griffin is excited about Nate Parker’s “Birth of a Nation,” a biopic of Nat Turner, a slave-turned-preacher who leads a revolt.

“If I were to make an exception, it would be for Parker’s ‘Birth of a Nation.’ Why? There is a rising up,” she said. “There is a seizing of power. This makes the movie compelling—this, and the fact that a Black man wrote, starred in and directed it. What a feat.”

“I haven’t watched any of the slavery or similar movies in the past several years. Including ‘Roots,’ ‘12 Years a Slave,’ ‘The Butler,’ and will not see ‘Birth of a Nation’ coming out the end of the year,” she said.

According to Smalls, the images portrayed in slave movies are too disturbing to watch.

“I have been a victim of discrimination and racism several times in my life and don’t want to keep being reminded of our painful past,’ said Smalls. “It upsets me to see how people of color have been treated in this country then and now. Thus, I choose not to watch those films.”

However, Smalls admits films like “Birth of Nation” and TV shows like “Roots” can be important educational tools.

“I do think they are educational and my daughter has seen the original ‘Roots.’ It was a groundbreaking TV series and a remake cannot compare to the cultural and political influence Alex Haley’s novel had. I read the book as well,” she said.

She linked the popularity of slave movies to the rise of Barack Obama.

They are proof the country is still struggling to come to terms with its racist past.

“Maybe it’s subliminal messaging?” Smalls said. “I wouldn’t say it annoys me, more so, makes me saddened that Hollywood continues to marginalize the struggle through these movies. If racism didn’t still exist I don’t think these movies would be as prevalent. I don’t see a lot of movies being made about Native Americans and their struggles.”