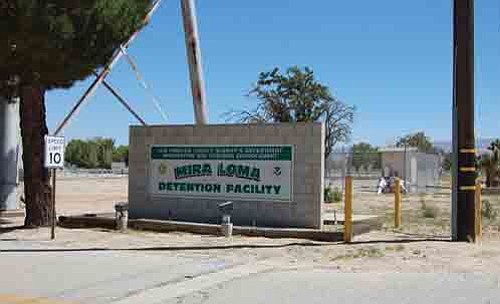 Protesters forced a temporary shutdown of the Los Angeles County Board of Supervisors meeting this week, delaying a vote on whether to move forward with plans for a 1,604-bed women’s jail in Lancaster and a 3,885-bed treatment center in downtown Los Angeles to replace the Men’s Central Jail. In the end, the board voted unanimously to certify the Final Environmental Impact Report for the women’s jail.

Dozens of community activists were in the audience—some wearing hazardous materials suits to highlight concerns about valley fever—as Sheriff Jim McDonnell stressed the need to trade the obsolete men’s jail for “one that is safe, sanitary and does more than just house inmates.”

Responsible for what is now the largest mental health facility in the nation, McDonnell said the county sought to be “compassionate," but realistic about our mental health inmate population.

By conservative estimates, about 20 percent of inmates have mental health issues, while 80 percent deal with substance abuse problems, according to McDonnell. The $2.2 billion Consolidated Correctional Treatment Facility is aimed at taking better care of those inmates, he said.

“We’re not adding more beds,” McDonnell told the board.

But as county staffers detailed plans for that jail and the $136 million Mira Loma Women’s Detention Center, community members began loudly chanting, “no more jails” and standing up to shout out indictments of the plan.

Supervisor Hilda Solis, who chairs the board, called for quiet and threatened to call the meeting into recess.

“We understand this is a challenging topic,” Solis said as the crowd continued to shout.

Supervisor Mark Ridley-Thomas took a turn at trying to calm the protesters, who simply changed their chant.

“Walk out on the jail plan, not the community,” the activists shouted. Reject the EIR.”

The supervisors left the board room as the chants continued.

Deputies told the activists they would be arrested, if they didn’t leave the board room and the group slowly filed out and gathered outside.

The board was expected to return sometime this afternoon to vote on approval of the Final Environmental Impact Report for the women’s jail and $106 million in funding for planning on the downtown Consolidated Correctional Treatment Facility.

Community activists have fought the jails for years, pressing officials to find alternatives and spend money on community programs.

Opponents have also raised concerns specific to the Mira Loma Detention Center, including the potential for spread of valley fever, a fungal infection, and the distance families must travel to visit inmates.

The county has dedicated resources to diversion programs, but maintains that those efforts will not eliminate the need for modern detention facilities. Construction is tentatively slated to begin on both jails in 2018.