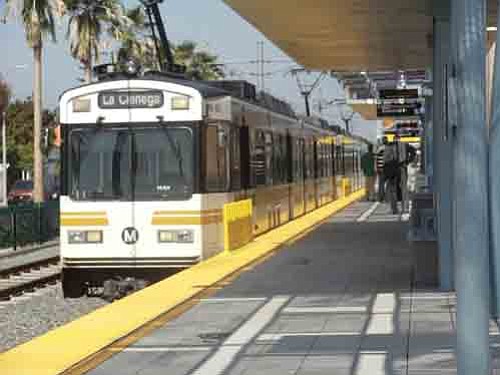 Claiming that a measure proposed by the Metropolitan Transit Authority is racist and regressive, two transit advocacy organizations last week launched a campaign urging voters to reject Measure M. The legislation called the Los Angeles County Traffic Improvement Plan, would modernize the region’s aging transportation infrastructure and build a 21st century transportation network that adds and accelerates transit lines and finally ties them together into a comprehensive system.

Approving this measure, which is being pushed by Mayor Eric Garcetti is projected to ease congestion and reduce the time Angelenos are stuck in traffic by 15 percent. It will also create 465,000 new jobs in the region. Measure M will reportedly ease traffic immediately by repairing potholes and repaving local streets and roads in each of L.A. County’s 88 cities, will keep senior, disabled, and student fares affordable, and will provide earthquake retrofitting for overpasses and bridges.

The project is a mixture of highway improvements, bus, rail and street repairs.

But organizers with the Crenshaw Subway Coalition, the Bus Riders Union and the NAACP have joined forces and are charging that the MTA is pushing for passage of a measure that takes money from Black residents in the county but delivers nothing to these riders for the next 60 years.

According to Damien Goodmon, executive director of the Crenshaw Subway Coalition, MTA’s actions are racist because while the board has approved numerous projects for the Westside to come out of Measure M proceeds, the board also refused to direct any resources to protect South Los Angeles from gentrification.

“We asked them to put a little aside to make sure that when the Red Line continues people won’t be priced out of their homes. We asked them to take the Crenshaw underground for 11 blocks. They said no, but they are saying yes to $16 million in projects on the Westside. We are tired of their ‘we don’t have the money,’” said Goodmon.

The Subway group said that more than 40 cities (many of them populated with people of color) oppose Measure M.

Goodmon said the coalition asked the MTA to include their requests into the legislation prior to its appearance on the ballot. He said the answer was “no.” However, according to a Metro spokesperson running the train underground would delay the Crenshaw line, which is projected to be completed by 2019 would add to the cost of the line.

Measure M is a half-cent sales tax which must be approved by a two-thirds majority of the voters.

In addition to the push to get residents to vote no on the measure, an article in the Los Angeles Times indicates that a number of South Bay cities are urging a no vote for much the same reason as the Goodman and his group.

The only Measure M transit project that Metro has planned for the South Bay is an extension of the Green Line to Torrance. If passed, $619 million in Measure M funds would be allocated to extending that light rail line 4.7 miles from Redondo Beach to the Torrance Transit Center. But it would be another decade before construction would begin on the project.

In addition to the rail line extension, the new sales tax would pay $250 million to make changes to the 405 freeway; as well make improvements to the 105 freeway and underwrite a airport Metro connector road and a number of other changes.

According to a Metro fact sheet, South Bay cities would also stand to gain $625.6 million in Measure M funding for several highway construction projects, $500 million in highway operational improvement costs, and $2.8 billion in local return revenue over the next 40 years that would go towards street improvements, pothole repairs, and other upkeep costs.

About 10 South Bay cities are also funding a Measure M “educational campaign” to discourage residents from voting for the measure.

According to Metro, among the changes that are part of the plan to benefit South L.A. residents are the development of a West Santa Ana Transit Corridor at a cost of $1.4 billion.