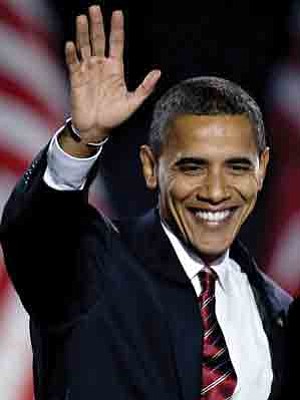 The countdown to President Barack Obama’s last 100 days began on Oct. 13. Already, the president has committed to spending his waning days in office by campaigning for president. Indeed, he has put his legacy on the line, telling Black people at a his last Congressional Black Caucus dinner that he will be personally insulted if folks don’t get out to vote for Hillary. Instead of staking his legacy, however, President Obama might be better advised to improve his legacy by taking bold actions in these last days of his presidency.

What might he do to positively affect the African Americans he far too frequently scolds? For one thing, he might step up the pace of the pardons and sentence commutations for nonviolent drug offenders, who are disproportionately African American. In 2011, then Attorney General Eric Holder said there were as many as 10,000 federal drug offenders that could be released. While President Obama has offered pardons and commutations, only a fraction of those whose sentences could be commuted have been. For whatever reason, the Department of Justice has moved at a snail’s pace with commutations. President Obama could direct Attorney General Loretta Lynch to bring more pardon applications to his desk. He would make a tremendous impact, if the number of nonviolent drug offenders with sentences pardoned or commuted were closer to 10,000 than 1,000.

President Obama might also consider a posthumous pardon for Marcus Garvey, the Jamaican-born activist and founder of the Universal Negro Improvement Association (UNIA). At its peak, UNIA had millions of members in 1,100 chapters in 40 countries. Garvey was (wrongfully) convicted of mail fraud and deported from the United States in 1923. (Jamaica on Oct. 16 began the legal process of expunging Garvey’s conviction in the island nation.) Garvey was really only guilty of loving Black people and organizing us.

President Obama could lift up an organizer, correct a historical wrong, and signal that he is not as indifferent to Black people as he sometimes seems. Such a small gesture would go a long way toward contributing to his legacy.

The president might also consider the Institute for the Black World request that he appoint a John Hope Franklin Commission on Reparations. He could do this by executive order, and the commission could potentially hold a couple of hearings in the month after the November election. This would be a small gesture, but it would go a long way toward continuing an important conversation about the origins of our nation’s wealth gap.

President Obama could also use the executive order to direct unspent Department of Education funds to Historically Black Colleges and Universities (HBCUs). What if he directed at least $1 million to each HBCU, pushing Dr. Kim Hunter Reed, acting executive director of the White House Initiative on HBCUs to go to each federal department to release unspent funds for contracting and scholarship opportunities? These dollars would make a great difference, especially at our nation’s smallest, private HBCUs. The president made important points in his recent visit to North Carolina A&T State University at a gathering hosted by ESPN’s “The Undefeated,” and led by anchor Stan Verrett. He could combine talk with action by aggressively addressing HBCU issues as his term winds down, making amends for the ways his administration treated HBCUs earlier.

President Obama has lots of unfinished domestic and foreign policy matters, and there will be numerous demands, in these last 100 days, for him to address all manner of matters. As a lame duck, he has limited tools–the executive order and the bully pulpit. Congress may return after the November election chastened, especially if Republicans lose the presidential race, and be more inclined to cooperate on some legislative matters. It is more likely, however, that they will continue their obstruction to anything President Obama proposes.

Still, President Obama has the power to do more both symbolically and substantively in these last days of his presidency. I’d urge him to consider some of the things he can do to address the African American community that has steadfastly supported him, even when he has not been so supportive of us.

Julianne Malveaux is an author and economist. Her latest book “Are We Better Off? Race, Obama and Public Policy” is available via www.amazon.com for booking, wholesale inquiries or for more info visitwww.juliannemalveaux.com.