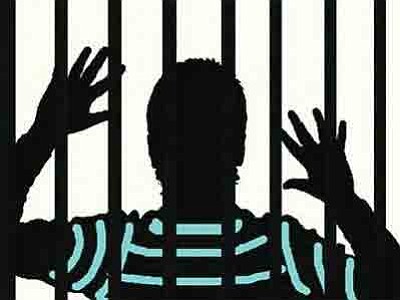 Dozens of protesters converged in downtown Los Angeles this week, some dressed in hazmat suits, to protest the county’s plans to build a women’s prison in Lancaster.

The demonstration was planned to coincide with the Board of Supervisors’ expected vote on the final Environmental Impact Report (EIR) for Mira Loma Women’s Detention Center. But the vote was postponed due to an administrative issue, according to the Department of Public Works, which requested the delay.

The board is now expected to consider the EIR on Oct. 25.

Community activists have long been vocal in their opposition to the jail and all-new jail construction, raising concerns including racial and economic inequalities in sentencing.

Opponents have also highlighted the distance families would have to travel to visit inmates as counterproductive to reducing recidivism.

The hazardous material suits donned by the protesters were intended to draw attention to concerns that jail construction could result in cases of Valley Fever or coccidioidomycosis, according to Antje Lauer, an associate professor of microbiology at Cal State Bakersfield.

“The Antelope Valley is a hot spot for the pathogen,” said Lauer, who told the board that there is medication but no cure or vaccine for the fungal infection.

Construction, or even wind, can stir up microscopic soil-based spores that when breathed into the lungs can cause fever, chest pain and coughing.

Most people who breathe in the tiny spores do not get sick, but pregnant women and people with weakened immune systems or diabetes bear a higher risk, according to the Centers for Disease Control and Prevention and county health officials. Those who are Black (specially Black women) or Filipino are also at greater risk of developing severe forms of the infection.

According to the Sheriff’s Department’s custody report from March of 2016, Black women make up around 31 percent of the people in county jail for women, yet account for only 4.6 percent of L.A. County’s overall population.

Those with acute symptoms can often be treated with fluids and bed rest. But the infection can lead to death in the most severe cases, according to the county’s Department of Public Health.

In 2014, 28 cases in which the infection spread beyond the lungs and 426 total cases were reported to county health officials. A more recent count was not immediately available.

State prison officials are facing multiple lawsuits filed on behalf of dozens of inmates who have contracted the disease. In 2015, the Department of Corrections and Rehabilitation had to transfer at least 2,100 inmates susceptible to the disease out of Central Valley prisons to other facilities.

Those who have successfully fought off the disease have lifetime immunity.

The Los Angeles County Board of Supervisors has highlighted the dormitory-style construction of the planned 1,604-bed women’s jail at Mira Loma, a former federal detention center. The facility is intended to house low- and medium-security offenders.