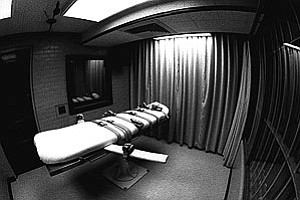 Proposition 67 is proof of how difficult it is to pass environmentally-friendly laws, even in a liberal state like California. A yes vote on Prop. 67 would uphold Senate Bill 270 (passed in 2014) which banned grocery stores from using single-use plastic bags. The measure would also provide $2 million to plastic bag manufacturers to help retain jobs and transition to making thicker, recycled bags.

SB 270 was designed to reduce the environmental damage caused by plastic bags which are often thrown away and consumed by wildlife. According to CalRecycle, few of the bags are reused. A California Newswire article stated that of the 13 billion plastic bags handed out every year only 3 percent are recycled.

“Today, California took a very visible step in the fight to reduce the plastic pollution that blights our shorelines, our streets and our neighborhoods,” said Ruskin Hartley, president and CEO of Heal the Bay, after the bill was signed, according to California Newswire. “Hopefully this action will get lawmakers across the nation thinking about ways they can create green jobs and protect their local environments.”

However, there was some push back on the bill from a group called the American Progressive Bag Alliance (APBA.) The APBA represents plastic bag manufacturers.

Ballotpedia said the APBA is largely behind the move to repeal SB 270.

“Senate Bill 270 has never been about protecting the environment. That is why a ‘yes’ vote on this ballot measure is so important,” said Lee Califf, executive director of the APBA. “This measure gives voters the opportunity to make sure that any state-mandated fee will go to environmental causes, which is what voters thought they were getting in the first place with SB 270.”

However, a “yes” vote on Prop. 67 has been endorsed by the California Democratic Party, The Contra Costa Times, National Geographic and The East Bay Times.

The plastic bag ban has also been made into local law by some California cities. It was passed 6-3 by the San Diego City Council.

“All this trash, all this litter was put there by somebody or carelessly left behind because they were too lazy to haul this stuff home,” said councilman Scott Sherman in a San Diego Union-Tribune article. “We need to start dealing with those laws that are on the books, the littering, the dumping, and making those fines and those penalties so people think twice.”

“Anytime that out-of-state business interests spend millions of dollars to thwart the democratic process in the state of California, that’s a bad thing,” he said. “Using money to trick voters into voting no on this ballot measure is both dirty and deceptive.”