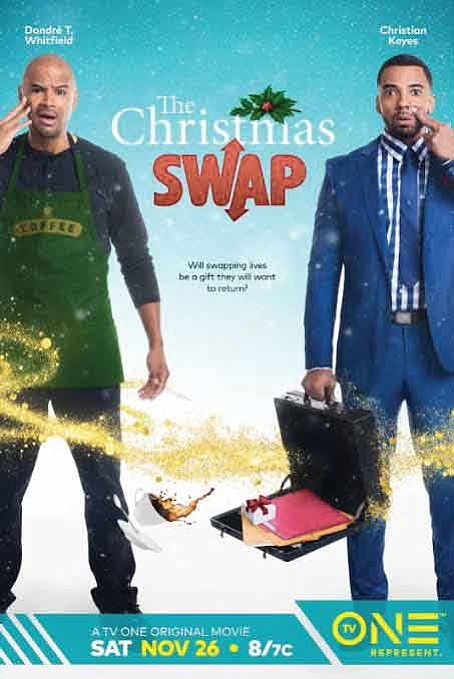 TV ONE is on fire! Keeping its promise to “Represent,” TV ONE presents its “TV Winter ONEDERLAND” of holiday programming. Get ready for original movies, an “Unsung Thanksgiving Day” marathon,“Rickey Smiley For Real” marathon, and a three-day, 100+ “A Very Unsung Christmas” marathon and much more.

TV One was launched in January 2004, is available in 57 million households, and is owned by Radio One, the largest radio company primarily targeting Black and urban listeners. It’s no wonder TV One has vowed to celebrate the holidays like no one else can.

The festivities began Nov. 20 with the premiere of the new Allstate Gospel Superfest, a two-hour holiday special hosted by actress Vivica A. Fox. The show honored the legendary Pastor Shirley Caesar.

On Saturday, Nov. 26 at 8 p.m., TV ONE presents a new original movie, “The Christmas Swap.” A down-on-his-luck single father (Dondré T. Whitfield, OWN’s “Queen Sugar”) questions his decision to give up his dreams to take care of his ailing mother. A Christmas miracle gives him a glimpse of what his life would have been like if he’d made a different choice. The ensemble cast includes Christian Keyes (“Saints & Sinners”), Tracey Heggins, Stella Doyle, Diallo Thompson, Delpaneaux Wills, and Chris Whitley.

Unsung is one of TV One’s longest running and most recognizable series. This franchise highlights the life, and career of Black Hollywood’s influential music stars.

TV One’s “Rickey Smiley For Real,” captures the syndicated host as he juggles two families—one at home and the other at work. Airs tomorrow from 8 a.m. to 8 p.m. ET.

And if that’s not enough, TV One will also present a Holiday Movie Marathon starting today at 11 a.m. ET until 3 a.m, with the last movie beginning at that time.

Plus you can get your laugh on with holiday-themed Friday nights starting tomorrow at 8 p.m. ET through Friday, Dec. 23. Get ready for classic favorites such as “The Jeffersons”, “Sandford & Son”, “Good Times,” “What’s Happening!!,” “Living Single,” “A Different World,” “Girlfriends,” “The Parkers,” and “Everybody Hates Chris.”

For more information go to www.tvone.tv.