Best of Zeppelin at LPAC 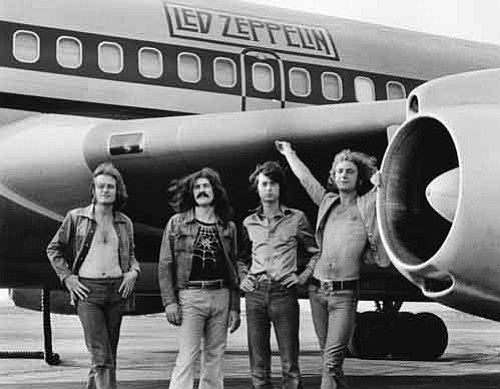 Take a trip back to the 1970s tomorrow as Zeppelin USA, popularly known as ZUSA, takes the stage at 8 p.m. at the Lancaster Performing Arts Center.

There are plenty of Led Zeppelin cover bands to go around, among them Jason Bonham's Led Zeppelin Experience, Led Zeppica, Kashmir, Black Dog, Get the Led Out, Led ZepAgain and on and on, but ZUSA may be the most critically acclaimed. The group performs faithful and sympathetic renditions of the English band's most popular songs such as "Stairway to Heaven,” “Kashmir,” “Whole Lotta Love,” “Misty Mountain Hop,” “Rock 'N Roll,” “Custard Pie” and many more.

Expect to hear a guitar-driven sound—without the familiar overdubbing—as well as heavy riffs, layered arrangements, and haunting "Tolkien-influenced” lyrics. Led Zeppelin's take on traditional African American blues took the rock world by storm in the late 1960s, and tomorrow's show is expected to revive the excitement, energy and essence of an era when concert bands reigned supreme.