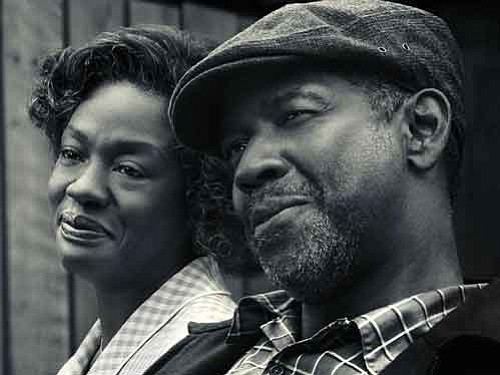 Okay, get ready to mark your calendars because here are the upcoming holiday movies you don’t want to miss. As always my focus is on those movies that star and or feature Black performers, and this year we’ve got some heavy hitters, hidden history, powerful dramas and outrageous comedies from the major studios.

11/11/16—”Arrival” A linguist is recruited by the military to assist in translating alien communications. Starring Amy Adams, Jeremy Renner and Forest Whitaker as Colonel Weber.

11/11/16—”Billy Lynn’s Long Halftime Walk”- Starring Kristen Stewart, Steve Martin, and Vin Diesel as Shroom and Chris Tucker as Albert. Nineteen-year-old Billy Lynn (Joe Alwin) is brought home for a victory tour after a harrowing Iraq battle. Through flashbacks the film shows what really happened to his squad—contrasting the realities of war with America’s perceptions.

11/23/16—“Moana” A young woman (Auli’I Cravalho) uses her navigational talents to set sail for a fabled island. Joining her on the adventure is her hero, the legendary demi-god Maui played by Dwayne Johnson.

12/9/16—“Office Christmas Party” Jennifer Aniston, Jason Bateman, Courtney B. Vance. When his uptight CEO sister threatens to shut down his branch, the branch manager throws an epic Christmas party in order to land a big client and save the day, but the party gets way out of hand.

12/16/16—“Collateral Beauty” Will Smith, Naomi Harris, Edward Norton Frankel. When a successful New York advertising executive suffers a great tragedy, he retreats from life and seeks answers from the universe by writing letters.

12/16/16—“Rouge One: A Star Wars Story”—Felicity Jones, Mads Mikkelsen, Forest Whitaker, and James Earl Jones. The Rebellion makes a risky move to steal the plans to the Death Star, setting up the epic saga to follow.

12/21/16—“Patriots Day”—Mark Wahlberg, JK Simmons, and Michael Beach. An account of Boston Police Commissioner Ed Davis’s actions in the events leading up to the 2013 Boston Marathon bombing and the aftermath, which includes the city-wide manhunt to find the terrorists behind it

12/21/16—“Passengers” —Jennifer Lawrence, Chris Pratt, Laurence Fishburne. A spacecraft traveling to a distant colony planet and transporting thousands of people has a malfunction in its sleep chambers. As a result, two passengers are awakened 90 years early.

12/21/16— “Assassin’s Creed” —Michael Fassbender, Marion Cotillard, Michael Kenneth Williams. When Callum Lynch explores the memories of his ancestor Aguilar and gains the skills of a Master Assassin, he discovers he is a descendant of the secret Assassins society.

12/23/16—“Why Him?” James Franco, Bryan Cranston, Keegan-Michael Key. A dad forms a bitter rivalry with his daughter’s young rich boyfriend.

12/25/16—“Fences” Denzel Washington, Viola Davis, and Mykelti Williamson. Dir. Denzel Washington. An African-American father struggles with race relations in the United States while trying to raise his family in the 1950s and coming to terms with the events of his life.

12/25/16 (Ltd) 1/13/17 (Wide)—“Live By Night” Ben Affleck, Sienna Miller, Zoe Saldana. A story set in the Prohibition Era and centered around a group of individuals and their dealings in the world of organized crime.

See you at the movies!