How our ancestors honored America 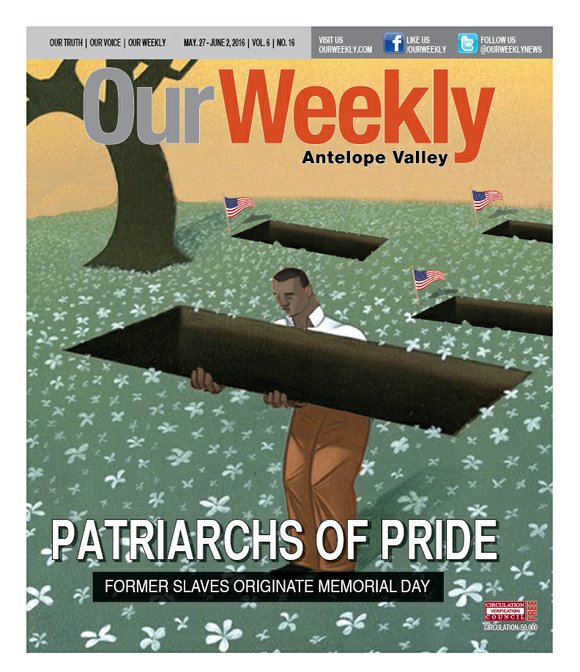 Before we fire up the grill, flock to the beach or flag down those holiday bargains, it’s important to remember the meaning of Memorial Day—the unofficial start of summer—as the day we set aside to honor those who died in service to their country.

As the name would imply, Memorial Day grew out of the grief and tragedy of war, specifically the Civil War, and is one of the great American traditions of reverence worthy of recognition. By the end of the Civil War, some 750,000 Americans in the North and South (more than two percent of the population) had been killed. In 2016 numbers, such a percentage would exact a death toll of more than 6.4 million Americans. During the five years of bloodlust that began with the shelling of Fort Sumter, onto Antietam and Gettysburg, arriving at Appomattox Courthouse and culminating in, arguably, the final shot at Ford’s Theatre, loss of life became commonplace and America’s basic faith in a righteous God was severely tested.

‘Martyrs of the Race Course’

At that time, Americans had to identify—specifically find, invent and/or create—the means and mechanisms to manage more than a half million dead. Not long after the war ended, a grassroots effort began to honor the dead. The first thing the living had to do was identify and properly bury the fallen soldiers. Two weeks after Lincoln died, former slaves in Charleston, S.C. performed a reburial service for fallen Union soldiers. During the final years of fighting, Confederates had converted the city’s Washington Race Course and Jockey Club into an outdoor prison where some 257 Union soldiers had succumbed to exposure and disease. A small group of Black workmen recovered the bodies from a mass grave behind the track’s grandstand and over two weeks dug individual graves—complete with a whitewashed picket fence—around the makeshift cemetery naming it “Martyrs of the Race Course.”

On May 1, 1865, history reveals that about 10,000 Charlestonians—Black and White—paraded around the former racecourse with a procession of 3,000 Black children carrying flowers and singing “John Brown’s Body” (the original melody for “The Battle Hymn of the Republic”). Historian David W. Blight of Yale University described what came next in his 2001 book “Race and Reunion: The Civil War in American Memory”:

“The children were followed by three hundred Black women representing the Patriotic Association, a group organized to distribute clothing and other goods among the freed people. The women carried baskets of flowers, wreaths, and crosses to the burial ground. The Mutual Aid Society, a benevolent association of Black men, next marched in cadence around the track and into the cemetery, followed by large crowds of White and Black citizens. They declared the meaning of the war in the most public way possible—by their labor, their words, their songs and their solemn parade of roses, lilacs and marching feet on the old Planter’s Race Course. Among the burial rites the spirit of Leviticus was surely there: “For it is the jubilee; it shall be holy unto you...in the year of this jubilee ye shall return every man unto his possessions.”