Is Black television history repeating itself? 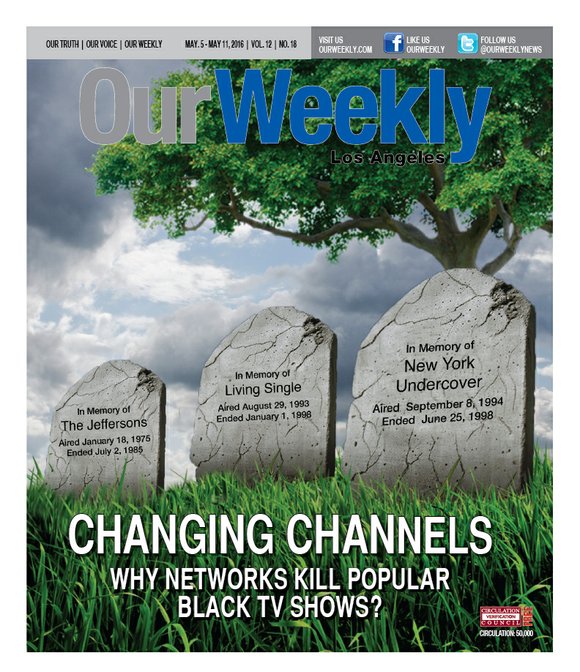 Things change only to remain the same. Is that what’s taking place today in the world of Network TV?

As I reported in an earlier article about the Network Spring Pilot season I noted that because of the success of Fox’s “Empire” there are a significant number of Black show pilots on the horizon which will translate into more jobs in front of and behind the camera if they are successful enough to get picked up. So, there is a definite reason to be excited. However, Black performers and behind the scene talent have been down this road before.

In the 1990’s, like most Black Americans, I was in TV heaven. There were so many Black shows to choose from, that I thought it would never end. From cool cop dramas like Fox’s “New York Undercover” to the savvy sisters in “Living Single,” we seemed to be everywhere.

The ‘American Experience’ finally began to reflect the lives and lifestyles of Black Americans. I owe it to the 1977 groundbreaking miniseries “Roots.” It gave Blacks a sense of history, and gave Whites a history lesson. And it broke viewing records and racial barriers according to research reports.

In the ‘80’s the networks had a good thing with Blacks as well as Whites enjoying the same programming. Advertisers didn’t have to pick and choose their preferred audiences i.e. Black dollars vs. White dollars, advertisers simply followed the money.

According to a Network History report, American audiences in the economically booming 1980s had more choices than ever before. Cable expansion continued as The History Channel, Fox News Channel, and TV Land debuted. The upstart networks of Fox and the WB seriously challenged the Big Three. The competition became intense for quality programs. Networks fought for pieces of the shrinking market share.

Writer Gene Demby in his 2015 article, “This Isn’t the First Time Network TV Discovered Black People” wrote—While the then-Big Three had a handful of shows with Black casts in the mid-1990s like “Family Matters” and “The Fresh Prince of Bel-Air,” it was the upstart networks like Fox and later UPN and the WB that seriously doubled down on Black viewers in a bid to become commercially viable as quickly as possible. The result was a kind of alternate TV universe where you could find Black folks on-screen seemingly every night of the week.”