There is only one answer to the question ‘Can I kick it?’ 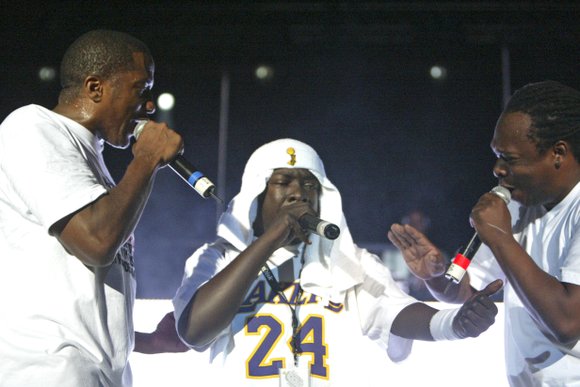 For people who were in junior high school, high school, or college in the early to mid 1990s, they’ll immediately respond to the question ‘can I kick it?’ with the response of ‘yes you can.’ That is because A Tribe Called Quest, which featured Phife Dawg, Q-Tip, and Ali Shaheed Muhammad, was one of the most influential rap groups during what is referred to as the golden age of hip hop.

That was a time from the late 1980s to the early/mid 1990s, just before rap music went mainstream, and the music industry took a greater control of what the public heard. It was a time period where the hip hop was in its purest form.

In Los Angeles, West Coast hip hop during the 1990s was rolling along, with Dr. Dre and Snoop Dawg defining the era and Ice Cube putting out critically acclaimed solo albums. Even with gangster rap having a strong hold over this part of the country, a group like A Tribe Called Quest found their place. Listening to them know, they take many fans back to a time when they could put a cassette in the tape deck and let auto reverse play great music on an endless loop. With A Tribe Called Quest, there was no need to take the tape out, just let it flip to the other side over and over.

Malik Taylor, known throughout the hip hop industry and by fans all over the world by his stage name of Phife Dawg, died Tuesday at the age of 45 from complications resulting from diabetes. Taylor underwent a kidney transplant in 2008 as he dealt with the long-time illness.

As Phife Dawg, he appeared on all five of the group’s studio albums, with the 1991 release “The Low End Theory” and the 1993 release “Midnight Marauders” being two of hip hop’s greatest albums of all time. A Tribe Called Quest is considered by many hip hop journalists and fans as one of the greatest groups in the history of the genre.

Phife Dawg added balance to a group that also featured Q-Tip, whose ‘abstract’ style that brought a creative and artistic side to the group. Phife Dawg was a true New York MC, and gave the group its gritty edge.

Partnered with producer Ali Shaheed Muhammad, A Tribe Called Quest was also noted for infusing jazz with hip hop, and their partnership with fellow pioneering hip hop group De La Soul, influenced many conscious hip-hop artist. The group has also had a lasting affect within the hip hop community, with songs such as “Scenario,” “Check the Rhime,” “Buggin’ Out,” “Award Tour,” and “Electric Relaxation” still being played on the radio today.

Taylor was born in Jamaica Queens in 1970, and was childhood friends with Kamaal Ibn John Fareed (born as Jonathan Davis and better known as Q-Tip.) At the age of 19, their first album as “A Tribe Called Quest” debuted. The album also featured Jarobi White, who left the group after their first album. After five successful studio albums, the group broke up in 1998. They came back together in 2006 for concert tours, but they did not make any new music.

While Q-Tip went on to have a successful solo career, Phife Dawg’s battle with diabetes limited his abilities to do the same. The group released a documentary titled “Beats, Rhymes and Life” in 2011, which highlights the group’s rise, their influence, and their breakup.

Phife Dawg touched a lot of people with his lyrical flow and catchy phrases, and fans took to social media to give him a great send off.