Underground: A new telling of the Old South 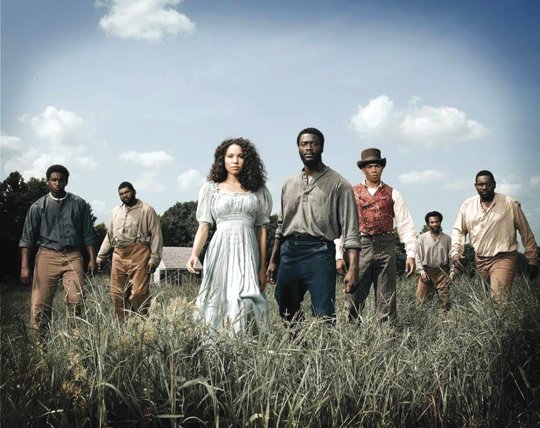 On Wednesday, WGN America premiered the first episode of the 10-part series “Underground.”

“Underground” set a record as WGN’s highest-performing original series ever. The 10 p.m. airing drew 1.4 million total viewers to rank No. 5 among all scripted series premieres on cable. Unlike previous epic tales of slavery in the old South, i.e. “Roots” and most recently “The Book of Negros,” “Underground” has a modern-day feel and appeal partially due to its sound track and the clever way it infuses slave field songs and old Gospel music with today’s sounds. This gives the entire production a different feel.

The intensity of the action in the opening scene of “Underground” is amplified by Kanye West’s searing song “Black Skinhead,” giving viewers a jolt that veers from the expected 19th-century music, to conveying the breathlessness of a man caught between freedom and servitude.

“It was written into the script to set the tone. We reached out to Kanye and said, ‘We really want this song as part of the show,’” says executive producer John Legend.

Series creators Misha Green and Joe Pokaski “wanted to establish a tone that we weren’t afraid to make this feel vibrant and fresh and not simply another period piece. And part of the way we did it was through the music,” Legend says.

Indeed, it is a different kind of slave that we see in “Underground.” The characters are courageous, crafty, and determined individuals who know how to ‘play the game’ in order to survive, and even in some cases thrive. The more skilled they were the more of a risk they were willing to take. Unlike slave stories of old, these men and women crafted patterns of survival, knowing their place, not out of fear but in a way to best manipulate their masters into trusting them.

The role of the abolitionist is fully ‘fleshed’ out in this mini-series as well. We see the dilemma White Americans face when they decide to take up arms against slavery. It’s one thing to protest it, but it is another thing to get so deeply involved that you are risking life, family and home. “Underground” gives viewers the opportunity to experience that part of our history.

Another interesting focus in the prodution is on the slave-catchers. They were shown as dangerous, liars and thieves, and would get their prey at any cost. Christopher Meloni (NBC’s “Law & Order”) is perhaps one of the most depraved slave-catchers I’ve ever seen depicted.

“America was a desperate and dangerous place. It created desperate and dangerous people. The characters are what start great TV,” says executive producer Green. “This is about revolution,” says fellow executive producer Pokaski “People saying, ‘I know I’m supposed to be free. I know what I have to do.’ It’s the most heroic story in American history.”

The series takes place on a Georgia plantation in the 1850s just before the Civil War, but at a time when Abolitionists were making their voices heard. The talk and call of freedom is in the air, and the Underground Railroad is the ordinary slaves’ passage to freedom.

I’m not going to lie to you, it is nail-biting and heart wrenching at times, but you see a big difference in the characterizations. The performances are stellar because the dialogue pulls you in, and you immediately see the intelligence of these people of whom the majority could neither read nor write. And according to the series creators, many of the storylines represent actual historical findings.

“The research was the inspiration,” Green says. “Truth was stranger than fiction. We couldn’t make up the events that were happening at the time.”

The fact-based “Underground” is television you won’t want to miss. At the time of this printing, you will be able view Season 1, Episode 3, “The Lord’s Day” at 8 p.m. The timetable for escape is agreed upon; and Rosalee is tasked with the most important part of the plan.

If you missed the first two episodes, go to www.wgnamerica.com.