Is The Bernie Sanders’ Campaign on Life Support Heading into Super Tuesday? 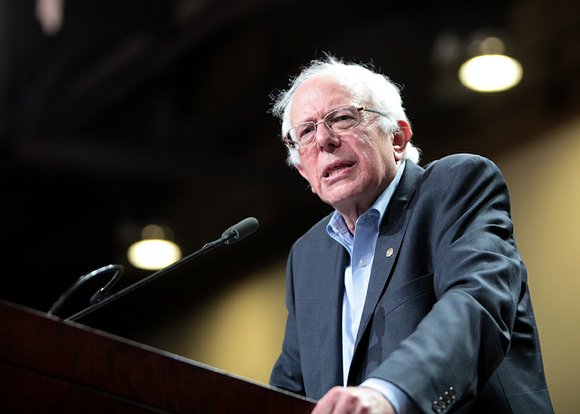 There are twelve states holding primaries or caucuses on Super Tuesday, which is March 1, 2016. The Democrats and the Republicans will both have voters go to the polls, and make their preferences known in the 2016 race for president. Super Tuesday is a big deal, because more than a quarter of Republican Party’s delegates are up for grabs, and a fifth of the Democratic Party’s delegates are up for grabs.

The Republicans have new rules for Super Tuesday, and it appears that Donald Trump will win big in a number of states. He is spending somewhere around $2 million in ads around the country, and the Republican Party leadership is hoping the other candidates can stop Trump’s success in the primary. There are still five Republican candidates running for the nomination, but by March 15, it is expected that the race will turn into a three-man contest.

The Democrats are down to only two candidates, and many pundits think Hillary will deliver some crushing blows to Bernie’s campaign on Super Tuesday. Across the country, Hillary’s campaign has more than 100,000 volunteers who have made more than 8 million voter contact attempts nationwide. Hillary is using Bill Clinton’s philosophy of taking nothing for granted and always running from behind.

“It was around late summer and early fall, I began to see the Obama campaign’s long ballgame. That appreciation is all part of the plan to mimic Obama’s 2008 organization, which ultimately overwhelmed an unsuspecting Clinton campaign that started building in-state operations too late in many of these states,” says Mo Elleithee, Executive Director of Georgetown University Institute of Politics and Public Service.

Without a doubt, Hillary is smarter this time around, and she also has deep pockets. Clinton’s campaign paid staffers for the first 10 weeks of her campaign, to build organizations in all 46 states that vote after February. Hillary has been incorporating Obama’s tactics in her campaign, and she is getting stronger as the race continues. In South Carolina, there was a major push for the Black vote, and Congressional Black Caucus Member Rep. Jim Clyburn (D-S.C.) is using has political influence to help Mrs. Clinton win the Black vote.

Bernie Sanders is late to the campaign trail, and the Black community does not know what he stands for, and the final numbers in the South Carolina primary indicate his shortcomings. Many in the Democratic leadership think Bernie’s platform is too radical, and too far to the left. His plan to make college free, and expand the ACA to universal healthcare looks good on paper, but most liberals think it is not realistic. Since Hillary has beat Bernie convincingly in the South Carolina primary, by fifty points, it appears that her campaign is on a roll.

In the Democratic primaries and caucuses, 1,007 of the 4,764 Democratic delegates to the party’s national convention in Philadelphia are at stake on Super Tuesday 2016. That’s almost half of the 2,383 delegates needed for the nomination.

The states holding primaries and caucuses for Super Tuesday are as follows; Alabama, Alaska, Arkansas, Colorado, Georgia, Massachusetts, Minnesota, Oklahoma, Tennessee, Texas, Vermont, and Virginia. Some these states are heavy hitters in terms of delegates and Hillary has a ground game in all of the states. Even though Bernie is holding massive rallies in liberal cities, it has not stopped Hillary from keeping large leads in the national polls.

On Super Tuesday, Bernie will be competitive in four or five states such as Vermont, Colorado, Minnesota, and Massachusetts, but Hillary will win the majority of delegates. Bernie is not going to give up, but his campaign will get weaker as Hillary’s campaign gets stronger. After Super Tuesday Hillary will continue to throw hay-makers and punches, until she wins the nomination.

Roger Caldwell is the President/CEO of On Point Media Group, a marketing and public relations firm located in Orlando, Florida. He is a graduate of Howard University in political science. As a stroke survivor, author, and community journalist, his passion is national and statewide politics. Follow him at rogerpoliticalblogs.wordpress.com or e-mail comments to jet38@bellsouth.net.