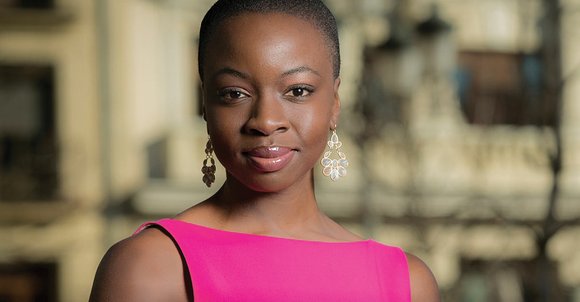 Is “The Great White Way” seeing things in color these days? If you watched the 70th Annual Tony Awards you’d think so. To begin with, “Hamilton” led the race with 11 awards out of an historic 16 nominations. The winning categories included; Best Musical, Best Book of a Musical, Best Original Score, Best Performance by an Actor & Actress in a Featured Role in a Musical (separate categories), Best Choreography, and Best Orchestration and four more technical categories.

“Hamilton” certainly didn’t represent the color and thoughts of America in Alexander Hamilton’s era, yet the fresh, unexpected twist to history apparently struck a chord with the audience. The language and music was most assuredly of Black origin spoken by a multi-racial cast, giving theater goers the opportunity to hear the voice of protest and passion from a very different perspective. Many White theater goers got their first taste of hip-hop and rap…and apparently they loved it.

Black-themed plays were nominated in a variety of categories, and some participants even walked away with the coveted Tony Award. Best Revival of a Musical, “The Color Purple,” Best Performance by an Actress in a Leading Role in a Musical, Cynthia Erivo, also “The Color Purple.”

Another Tony Award-nominated play centering on Black women was penned by a Black woman who kills zombies for a living, “The Walking Dead’s” Danai Gurira received a total of six Tony nominations for her debut production of “Eclipsed,” the story of five women fighting to survive during the end of the Liberian Civil War in 2003. Writer Danai Gurira was the only female nominated For Best Play.

“Shuffle Along, Or the Making of the Musical Sensation of 1921 and All That Followed” was literally neck and neck with “Hamilton” in the nomination categories of Best Musical, Best Book of a Musical, Best Featured Actor and Actress, Best Orchestration and Savion Glover was nominated for Choreography.

Bested by “Hamilton,” “Shuffle Along” was however, a standout with a rich legacy behind it. This play literally started it all for Black Americans on the Broadway stage.

“Shuffle Along” was originally conceived for Black audiences. Produced on a shoe-string budget and plagued with money issues, broken promises, and not a lot of faith in the Black musical, “Shuffle Along” ended up opening at the Sixty-Third Street Theatre-some distance from Broadway. Overnight “Shuffle Along” became the most successful Black play in New York. It became such a hit that double lines formed for tickets. Traffic jams caused the city to make Sixty-Third a one way street.

In 1921, “Shuffle Along,” a musical comedy by lyricist Noble Sissle, and Eubie Blake, and the book written by Flournoy Miller, and Aubrey Lyles hit the Great White Way. The four of them produced, directed and starred in it. “Shuffle Along” began the vogue for Black singing and dancing that lasted throughout the twenties. And apparently it is still going strong today.

The success of the original “Shuffle Along” opened the doors to the likes of Ethel Waters, Florence Mills, and Josephine Baker and so many more.

I’m not about to predict that Broadway is making it a point to be more diversified.

The fact is today’s talented people, regardless of the color of their skin are not afraid to present their vision and talent to the world, thereby building on a legacy and rich foundation that began in 1921 with “Shuffle Along” and continues to this day.