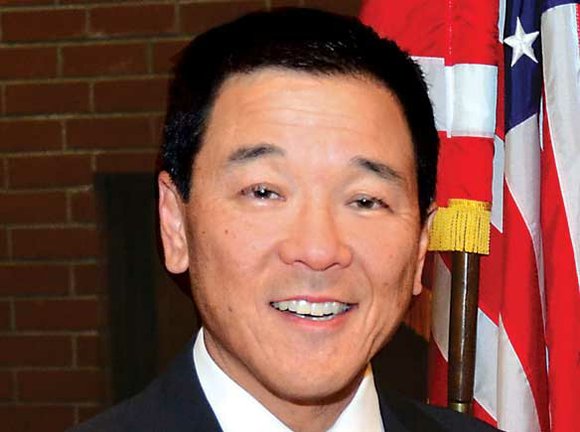 Prosecutors are seeking a five-year prison term for the former second-in-command of the Los Angeles County Sheriff’s Department, who was dubbed the “ringleader” of a multi-faceted conspiracy to thwart a federal probe of misconduct in the jails, according to court papers obtained this week. Former Undersheriff Paul Tanaka, 57, was convicted in April of felony charges of conspiracy to obstruct justice and obstruction of justice. U.S. District Judge Percy Anderson scheduled sentencing for June 27.

“After several trials and numerous convictions of Los Angeles County sheriff’s officials, one thing is abundantly clear: defendant Paul Tanaka is responsible not only for obstructing justice, but also for fostering the culture that led to the significant problems in the Los Angeles County jails,” federal prosecutors wrote in pre-sentencing papers filed with the court.

“While defendant claimed at his and three previous trials that he had only limited involvement in the conspiracy, the evidence showed instead that he was the ringleader from the beginning,” Assistant U.S. Attorney Brandon Fox wrote.

Tanaka’s attorney, Jerome Haig, did not immediately reply to a request for comment. The defense sentencing position has not yet been made public.

Tanaka, who remains the mayor of Gardena despite the conviction, faces a maximum of 15 years in federal prison. Although prosecutors are seeking five years’ imprisonment, the ultimate decision is up to the judge.

Tanaka was the ninth sheriff’s official convicted of criminal conduct based on the circumstances surrounding the hiding of inmate-informer Anthony Brown, a scheme that also involved witness tampering and the threatened arrest of an FBI special agent assigned to the jails investigation.

Former Sheriff Lee Baca pleaded guilty to a federal charge of lying to investigators during the probe. Anderson has set a July 11 hearing, at which time he will either accept or reject a plea agreement that calls for a sentence ranging from probation to six months behind bars.

Another deputy, Gilbert Michel, pleaded guilty to accepting bribes and has admitted that he abused inmates while working as a guard at the Men’s Central Jail. His sentencing hearing is set for Monday.

If Tanaka is sentenced to 60 months in federal prison, it would be the longest stretch of any co-conspirator in the Brown case.

Seven former sheriff’s lieutenants, sergeants and deputies convicted of conspiracy and obstruction of justice received prison sentences ranging from 18 to 41 months. Their appeal is scheduled to be heard by the U.S. 9th Circuit Court of Appeals in Pasadena on July 5.

The jury deciding Tanaka’s case deliberated for less than three hours over two days before reaching a decision.

Haig previously said he will appeal, calling the verdict “only another step in the process.”

During the trial, prosecutors argued that Tanaka directed co-conspirators in a scheme to derail the 2011 investigation into allegations of excessive force within the jail system.

The case stemmed from events five years ago when a cellphone was discovered in the hands of an inmate at the Men’s Central Jail. Sheriff’s deputies quickly tied the phone to the FBI, which had been conducting a secret probe of brutality against inmates.