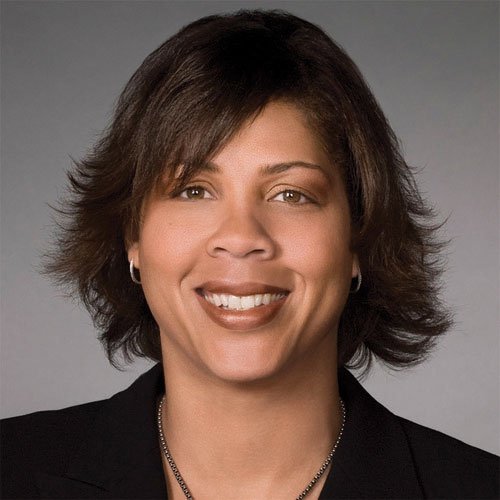 Miller has had a stellar career as a player and coach. Considered one of the greatest basketball players of all time, she led USC to two national titles in 1983 and 1984 and was twice named NCAA Tournament MVP. She helped guide the 1984 U.S. Olympic team to a gold medal and is enshrined in the Naismith Memorial Basketball Hall of Fame and Women’s Basketball Hall of Fame.

Miller comes to Cal State LA from Langston University in Langston, Okla. where she led the Lions to a #18 NAIA ranking in two seasons as head coach. Miller was hired at Langston by Cal State LA Executive Director of Athletics Mike Garrett, who previously directed athletics at the historically Black college as well as USC.

Miller was also the head women’s basketball coach at USC for two seasons from 1993 to 1995, taking the Trojans to the NCAA tournament both years before embarking on a successful career as a television reporter and analyst.

She also served as head coach for four years and general manager of the Phoenix Mercury of the Women’s National Basketball Association, guiding the team to the league finals in 1998.

As a teenager, Miller spent summers in the U.S. Olympic development program, held in the Cal State LA gym. “The first college I played at, literally, was Cal State LA. I’m glad to be back,” she said.

Miller brings a wealth of playing and coaching experience to the University—and a clear sense of purpose.

“Graduating and developing women of inspiration and substance is my goal,” Miller said. “Cal State LA is the perfect place for that mission.”

Women comprise about 60 percent of the more than 27,000 students at Cal State LA, which fields teams in six women’s sports.

“I’ve known Cheryl as a player, coach and general manager for more than 20 years. She is a world-class talent,” Garrett said. “I came to Cal State LA to win national championships, and Cheryl has done just that. She knows how to get us to where we intend to go.”

Cal State LA President William A. Covino said that “Miller is a winning shot for the University as it drives toward greater achievements in athletics.”

“Cheryl embodies the kind of athlete and human being who will lead our students to successful futures beyond what they’ve imagined,” Covino said.