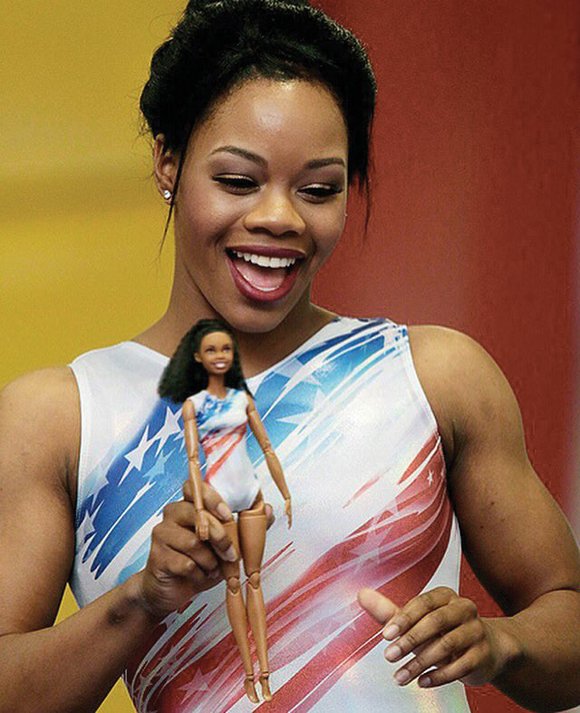 This week, after being chosen to return to the Olympics, gold-medal-winning gymnast Gabby Douglas was honored Monday with a Barbie doll modeled after her.

According to El Segundo-based Mattel, the doll is aimed at reminding girls “they can be anything,” by highlighting Douglas’ confidence, work ethic and belief in herself — making her a role model for young girls.

“I love a challenge,” Douglas, 20, said. “I love to push limits and I love that my very own Barbie celebrates me for being a role model to girls.”

According to Mattel, the Gabby Douglas Barbie has clothing inspired by Douglas’ own fashion line, and the doll is “fully articulated,” so it can replicate almost all of her gymnastic moves.

“Playing with Barbie allows girls to imagine everything they can become,” said Lisa McKnight, general manager and senior vice president for Barbie. “While imagining you can be anything is the first step, seeing that you can is what makes all the difference. Role models like Gabby Douglas show girls that with determination and perseverance their potential is limitless.”

Other women to be honored as a Barbie “Shero” include Misty Copeland, Ava DuVernay, Emmy Rossum, Eva Chen, Trisha Yearwood and Zendaya.