Advance planning for your end-of-life care 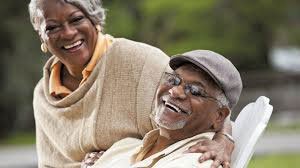 Millions of Californians are newly eligible for a health care benefit that could determine the treatment they receive in their final days - and most don’t know it.

It’s about “your wishes for your care if you are not able to speak for yourself,” said Helen McNeal, executive director of the California State University Institute for Palliative Care.

If, for instance, you have a stroke that leaves you unconscious and unable to communicate, with little hope for improvement, would you want to be kept alive with a feeding tube and or ventilator?

In other words, they’re important. But many doctors and patients don’t yet realize that talking about these decisions — and possibly putting them into writing — is a covered benefit.

In October 2015, Medi-Cal — the state’s version of the federal Medicaid program for low-income residents — began covering advance care planning discussions between doctors (or other qualified providers) and patients (or a family member), said Tony Cava, spokesman for the state Department of Health Care Services, which administers Medi-Cal.

Any Medi-Cal recipient can use the coverage regardless of age, he said. Doctors can bill for the conversation twice a year per patient - plus an additional 30 minutes for one of the conversations - before they have to seek authorization for more coverage.

Medicare, the federal health insurance program for people 65 and older, and for people younger than 65 who have certain disabilities, started covering the discussions on Jan. 1. Medicare does not limit the number of discussions per patient each year.

Some private insurance plans cover these discussions and some don’t, McNeal said. Check with your plan.

Both Medicare and Medi-Cal will cover the conversations even if patients don’t end up completing an “advance care directive” as a result. That’s a document that formalizes your wishes, which should be shared with your family and doctor.

McNeal believes that anyone over 18 should have this discussion and complete an advance directive.

But don’t expect your doctor to initiate the conversation.

“Many physicians may not be very comfortable having this conversation,” said Dr. Richard Thorp, president of the Paradise Medical Group near Chico, and past president of the California Medical Association, which represents the state’s doctors.