Jackson Browne in town May 2 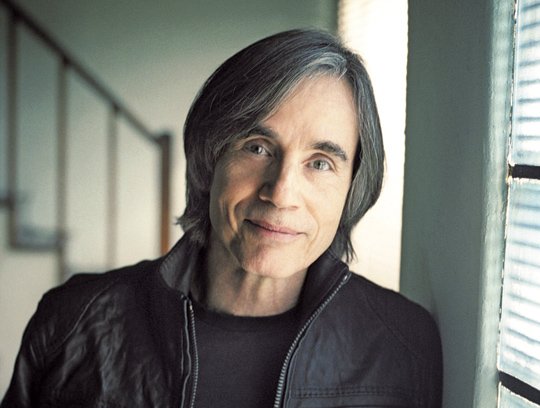 Tickets for Jackson Browne’s one-night-only performance at 8 p.m. May 2 at the Lancaster Performing Arts Center (LPAC) go on sale at noon Jan. 28.

The show is part of Browne’s limited spring tour and tickets are expected to sell out quickly.

Browne, who grew up primarily in Highland Park, has been a giant in the music industry since the 1970s, having written and recorded such hits as “The Pretender,” “Running On Empty,” “Boulevard,” “Somebody’s Baby,” “Doctor My Eyes” “Lawyers in Love” and “Take it Easy.”

Browne is a member of both the Rock ‘N Roll Hall of Fame and the Songwriters Hall of Fame.

His career began in the mid-1960s in Los Angeles, when he joined the Nitty Gritty Dirt Band shortly after high school. A few years later, Browne met the late Glenn Frey and the two began a long collaboration—including residing in the same apartment building near Laurel Canyon—where a friendship developed that resulted in two versions of “Take It Easy.” It was Frey who added the words “It’s a girl, my Lord, in a flatbed Ford” for the Eagles’ version. Browne’s songs have been recorded by Gregg Allman, Joan Baez, Linda Ronstadt, the Byrds and a host of other artists.

Browne hit his stride from the mid-1970s through the early 1980s with the albums “The Pretender” and “Running On Empty” and “Hold Out.”

Over the years, Browne has released 14 studio albums and four collections of live performances. His latest album, “Standing in the Breach,” is a collection of 10 tunes that explore love, hope and defiance in the face of life’s uncertainties.

For about 20 years, Browne has lent his voice and services as an advocate for the environment, human rights, and a return of arts education in underserved secondary schools. He is a co-founder of Musicians United for Safe Energy and Nukefree.org. In 2002, he received the John Steinbeck Award, given to artists whose works exemplify the environmental and social values said to have been essential to the great California-based author. Brown is a recipient of Duke University’s LEAF award for Lifetime Environmental Achievement in the Fine Arts. Browne also helped found the Chapin-World Hunger Year Award and the Harry Chapin Humanitarian Award.

In 2004, Browne received an honorary doctorate in music from Occidental College in Los Angeles for a “remarkable musical career that has successfully combined an intensely personal artistry with a broader vision of social justice.”