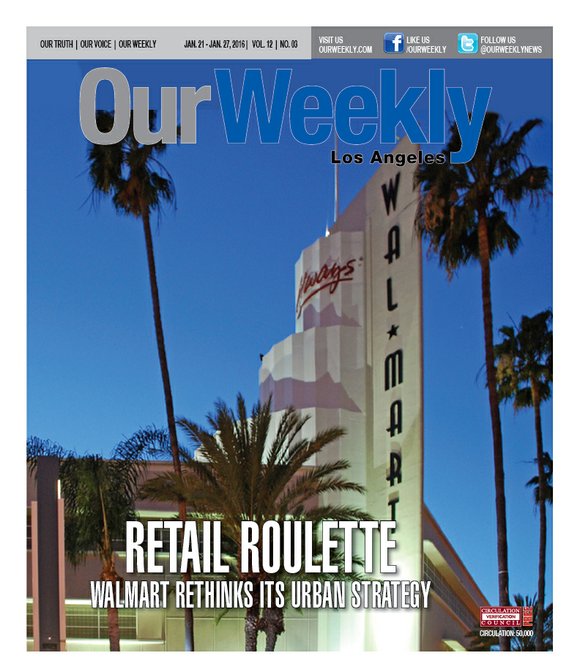 The economic impact of the closure of Walmart that is expected to hit the Baldwin Hills Mall is bad and inevitable, according to Stuart Rosenthal, an urban economics professor at the University of Syracuse.

Rosenthal believes that “when one large department store leaves a mall or shopping center, other occupants may follow and according to the economist, “this is a geographical area that was just beginning to show promise of recovering from the riots of 1992.”

Rosenthal compared Crenshaw to other main inner city boulevards like Western and Vermont avenues, and referred to these streets often during our conversation.

I explained to Rosenthal that Crenshaw was always considered an elite street in the inner city in comparison to Western and Vermont avenues.

Rosenthal informed me that he is familiar with South Los Angeles and has worked on various urban city projects; his first was as consultant with the Dunbar Hotel Economic Council in the 1970s; then he worked with the National Housing Services of Los Angeles in the 1980s with former director Marcia Hampton; and finally recently as a former consultant to Capri Capital LLC (owners Baldwin Hills Mall).

Rumors are running rampant in the community, that Macy's and Sears may follow suit and close down their Baldwin Hills location as well.

Professor Rosenthal responds that the rumors could be very accurate at some point in time. However, Rosenthal said the Baldwin Hills Macy’s did not make the list of projected closures, according to a recent BusinessWire report dated Jan. 6.

Rosenthal refers to Walmart's departure as a failed experiment with a smaller-than-usual version of Walmart, known within the Walmart company as mini urban store. He says the company’s decision to create mini urban stores as opposed to super stores was a theory which may have backfired.

“Walmart mini or urban stores are one fourth the size of the larger stores, and when you locate smaller stores in urban areas as opposed to the larger suburban stores, it creates distrust within the community. These urban communities already have a distrust when it comes to products sold in their community. They (the shoppers) believe the stock is substandard and Walmarts outside their community in suburbia might have a better selection of goods since their stores are and have a wider range of product selections.

The same feelings about quantity and quality may exist towards the other two anchor stores that share space at the Baldwin Hills Mall, Sears and Macy's. Now these fears local residents have of retail redlining may have caused individuals in Crenshaw community to avoid shopping there and instead prompted them to travel to stores outside of their community. Rosenthal believes this may have impacted revenue, and is a common phenomenon often observed in the inner city.

Rosenthal believes that in order to lease out the space Walmart has vacated requires thinking outside of the box. He said you have to think about who will come to Baldwin Hills mall and remain?