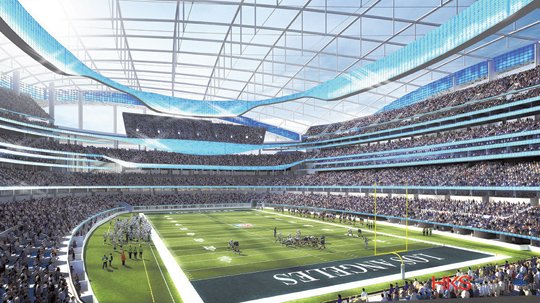 During a nearly three-hour service Monday at the West Angeles Cathedral, music legend Natalie Cole was remembered as a kind, giving and loving friend, family member and entertainer. The program featured salutes from some of music's biggest names including David Foster, Lionel Richie and Stevie Wonder who said, “We speak of love, talk of love, but we don't do love. We've got a lot of work to do Natalie,” he said before singing a soulful rendition of “The Lord's Prayer.”

Added Richie, “I’ll always remember her laughter, her voice, her silliness and encouraging me when I was down. I love you and cherish our memories together.” Richie also spoke about the incredible pressure entertainers have, to be great, especially when coming from a family that already had a superstar as Natalie had in her dad, the late Nat King Cole. Cole’s 38-year-old son, Robert Adam Yancy, told the audience, “I simply just want to talk about my mom. What a woman!” he said as the crowd clapped. “I was blessed to have someone who loved me, cared for me and taught me how to love. Today for me is a glorious day. I've shed my tears and had my moments.” After a pause, he continued, “She was my rock! The greatest thing she ever gave me was Jesus,” he said as the attendees looked on.

Cole's sisters (twins) shared memories of her being the ‘boss of them,’ always looking out and being protective. They also said that while to the world she was Natalie, to them she was “Sweetie” and “Auntee Sweetie” to their kids.

Pastor Melvin Wade of Mt. Moriah Baptist Church in Los Angeles delivered the eulogy, sharing fun stories over the years. The most powerful performance of the day came from Kurt Carr and his singers when Yvette Williams led his classic “For Every Mountain.” Carr said he met Cole during one of her many visits to West Angeles Church, when he was a part of the music ministry. “Natalie was one of the classiest people I've ever met. She was not a royal queen but a sistah girl,” he said. “She came over to my house for dinner and pulled out of her designer bag, a bottle of Louisiana hot sauce!” he said as the people erupted with laughter.

Gladys Knight, Eddie Levert, Chaka Khan and Jeffrey Osborne were among the many celebrities who came out to bid their friend farewell. She was laid to rest at Forest Lawn Memorial Park in Glendale, where her parents are buried.