“The Parker Sisters: A Border Kidnapping” 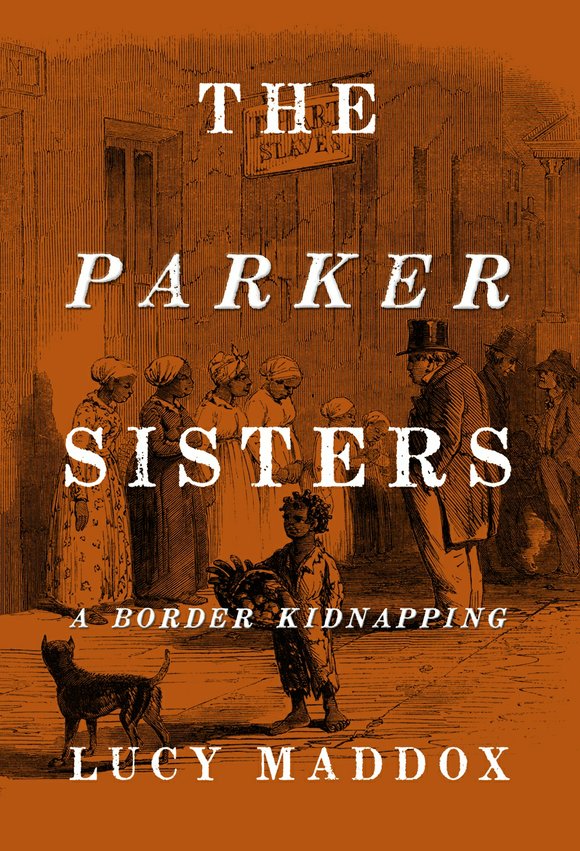 “The Parker Sisters: A Border Kidnapping” by Lucy Maddox

Your neighbors said they’d keep an eye on your house for you this summer.

They’d get the mail in, and grab the newspaper while you were on vacation. They’d do

everything for you – and, as in the new book “The Parker Sisters” by Lucy Maddox,

you should be glad if they watch your children, too.

Along the border between Pennsylvania and Maryland, Thomas McCreary “earned a

reputation” as slave catcher, did jail time in 1849 for kidnapping, and was mistrusted by

many, Black and white. Still, he’d managed to find work as a mail carrier in both states,

series of white families. The latest was near-destitute; Maddox hypothesizes that

Elizabeth’s presence in the Donnelly household may have been on purpose, so that

McCreary might have an easier chance to snatch her.

front of the family who employed her. Rachel’s abduction, says Maddox, probably made

neighbors notice that Elizabeth, who was already on her way to a slave auction in

The man who employed Rachel, Joseph Miller, was outraged over her kidnapping. There

had been similar trouble before nearby; the Federal government and individual states had

generally lied about both. Miller and his neighbors sprang into action and, says Maddox,

“Within twenty-four hours, the abductions of the Parker sisters would no longer be local

Neither would they be resolved happily or quickly. Says author Lucy Maddox, Rachel

and Elizabeth spent months in jail, while their legal status and identities were resolved. In

the meantime, one man lost his life and another got off “scot-free.”

I’m normally not a fan of books that offers dozens of names to keep track of, but that

telling the history behind the laws that made this event possible (and illegal). Readers

will appreciate the story’s movement between North and South, and the clarity of

explanation, even on the smallest of details. There are some big surprises in here, too –

particularly in what happened to Elizabeth Parker.

On the matter of murder, Maddox is rather like a detective, which is another well-done

aspect of this book. Officials tried to explain the death as a suicide, but she walks readers

through events and clues to prove otherwise.

Despite all that’s appealing, and because it’s packed with a lot, this isn’t an easy book to

read – but it’s worth it. If you’re a lover of a good tale or a historian, particularly, “The

Parker Sisters” is a book you’ll want to keep your eyes on.