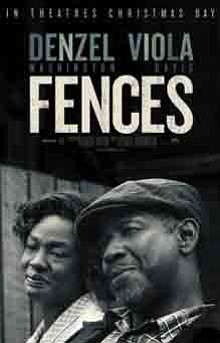 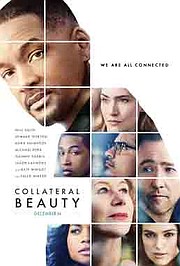 The holiday season is that time of year when Hollywood features its best and brightest films, not only for your pleasure, but for the ultimate Hollywood ‘nod’—the Oscar. Independent films ironically feel the same way. These passionate filmmakers ‘go for it’ and often tell incredible stories. The problem is they rarely have the finances to compete with the major studios.

To their credit, this hurdle does not always stop them.

As for Black films, the battle is even tougher, unless the film is attached to strong Hollywood stars such as Denzel Washington, or Will Smith. And as history has shown us, even ‘star power’ of their caliber is no guarantee.

It is very costly to advertise and promote a film. Major studios spend thousands of dollars on commercials, trailers and every kind of promotional gimmick one can think of (i.e. t-shirts, hats, toys). Whereas independent films are blessed simply to have enough money to complete their projects and pay the actors and other much needed professionals. For the most part, they have to depend on ‘word of mouth,’ film reviewers and critics; and if they are truly lucky, a big star who is passionate about the project and openly promotes it when and where he or she can.

A heartfelt thank you goes out to all the independent filmmakers who dare to dream, and by hard work and determination bring that dream to the silver screen.

Following is a list of independent films that get little to no advertisement on TV but are no less worthy of your attention and patronage.

The story of Richard and Mildred Loving, an interracial couple, whose challenge of their anti-miscegenation arrest for their marriage in Virginia led to a legal battle that would end at the US Supreme Court.

When a successful New York advertising executive (Smith) experiences a deep personal tragedy and retreats from life entirely, his colleagues devise a drastic plan to force him to confront his grief in a surprising and profoundly human way.

Father, author and all around good guy, Matthew Taylor is on a whirlwind tour promoting his new book, “The Bounce Back.” He’s got it all figured out until he meets the acerbic Kristin Peralta, a talk show circuit therapist who’s convinced he’s nothing but a charlatan. Matthew’s life is turned upside down, when he inadvertently falls for Kristin and has to face the painful truth of his past relationship.

An African American father struggles with race relations in the United States while trying to raise his family in the 1950s and coming to terms with the events of his life.

Hidden Figures is the incredible untold story of Katherine Johnson (Taraji P. Henson), Dorothy Vaughan (Octavia Spencer) and Mary Jackson (Janelle Monae) brilliant African-American women working at NASA, who served as the brains behind one of the greatest operations in history: the launch of astronaut John Glenn into orbit, a stunning achievement that restored the nation’s confidence, turned around the Space Race, and galvanized the world. The visionary trio crossed all gender and race lines to inspire generations to dream big.