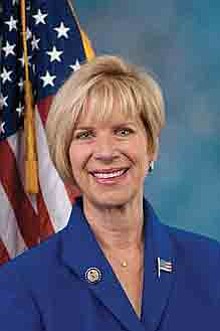 Janice Hahn and Kathryn Barger were each sworn in this week as the new members of the Los Angeles County Board of Supervisors. Their elections give the five-member panel a female majority and a decidedly progressive bent.

Hahn and Barger replace Supervisors Don Knabe and Michael Antonovich in representing the county’s Fourth and Fifth Districts, respectively. Knabe and Antonovich termed out after a combined 56 years in office.

Hahn gave up her seat in the U.S House of Representatives for California’s 44th District to pursue the powerful local post. She will now be one of five people who control a nearly $30 billion annual budget and oversee services for roughly 10 million people countywide.

Hahn’s father, Kenneth Hahn, served on the board for 40 years and the building in which the supervisors meet each Tuesday is named after him. The former congresswoman often cited that legacy during her campaign and name recognition helped her garner 47 percent of the vote in the June primary. Her brother, James, is a former mayor of Los Angeles.. Supervisor Mark Ridley-Thomas teamed up early with Hahn to submit a motion at the new board’s first meeting—the day after she is sworn in—for a quarter-cent sales tax to fund the fight against homelessness. Ridley-Thomas had pushed hard for that tax in July, but failed to get enough support to pass it.

homeless services, including a millionaires’ tax, a parcel tax and a tax on marijuana, but could not agree on any alternative to put before voters in November.

Ridley-Thomas has also joined with Barger on a proposal to have homelessness declared a county emergency, a move that would pave the way for the sales tax to go before voters in a special countywide election in March.

The board voted in June to press state officials to declare a statewide emergency and direct more funding to the problem. The Los Angeles City Council and state lawmakers have echoed that call, but Gov. Jerry Brown has resisted such efforts.

Though the Board of Supervisors seat is a non-partisan post, the ideologies of the supervisors still come into play in setting policy, and Barger will be the only registered Republican on the board for at least the next two years.

Based in part on her 28 years of experience working for the county and her role as Antonovich’s chief deputy supervisor, Barger drew broad bipartisan support for her candidacy. In addition to backing from her boss, she was endorsed by Kuehl, Solis and former supervisors Zev Yaroslavsky and Gloria Molina.

Barger fought her way to the November run-off, emerging from a crowded field of seven other candidates in the primary, then easily outpaced businessman Darrell Park on Nov. 8 with nearly 58 percent of the vote.

During her campaign, Barger named job creation as a priority and said she’d like to improve services for children and families. She also said she believes voters are tired of partisan politics. She is credited with helping Antonovich move toward the political center on some key issues.

Hahn previewed her focus on homelessness on the campaign trail, saying it would take billions to make a tangible difference for the nearly 47,000 people who have nowhere to call home in Los Angeles County. She is also viewed as strong on public safety, a point echoed by endorsements from law enforcement unions.