California cannabis: The green rush and the Black Community 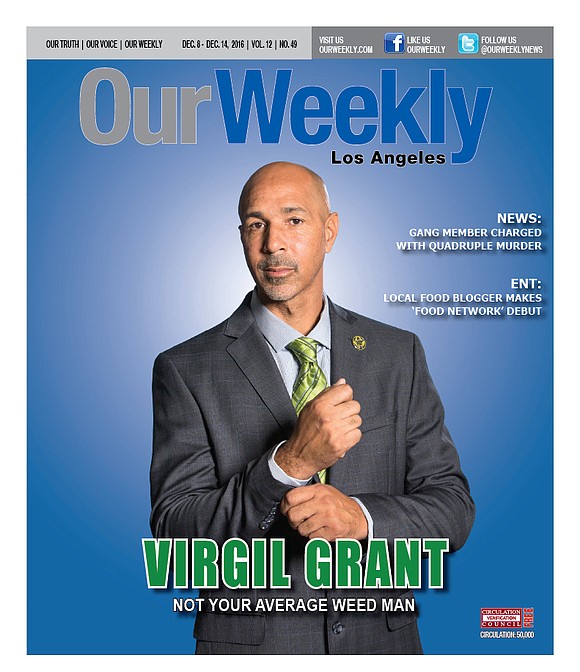 The Black church, and other conservative or older members of the African American community, have been reluctant to accept both medical marijuana and recreational use of marijuana.

Perhaps because many African Americans who lived through the crack cocaine era of the early 1980s to the mid-1990s still remember the LAPD raids with armored vehicles, the turf wars between gangs and the vacant lots littered with trash left behind from lives in ruin. Perhaps many of the older church-going Black people felt like their years of progress borne out of the Civil Rights Movement rolled back with a puff of a crack pipe.

Therefore, the influx of drugs—legal or illegal—makes accessibility too easy for minors and too much of a threat to the wellbeing of the community.

“The church understands that the abuse of alcohol, prescription drugs etc. tend to provide an unhealthy escape from the challenges of life,” said Rev. Dr. W. Edward Jenkins, pastor of Victory Baptist Church, one of the oldest Black churches in South Los Angeles.

“The church offers Jesus, faith and prayer as a source of strength. Drugs offer an unhealthy alternative that will agitate and perpetuate the dilemmas of life. Therefore the position of the church should be to stand against the national legalization of (the recreational use) marijuana,” said Jenkins.

“One can smoke and not be penalized, but if you produce or distribute pot without a license you may go to jail,” he said. “Although it is legal in some states to use marijuana, there are employers and others who believe that pot impairs judgment, causes brain damage and users are addicts.”

The history of hemp and marijuana

There has been an ongoing debate over the effects of marijuana consumption to justify whether it should be classified by the Federal Drug Administration as a Schedule 2 drug, instead of the current classification of Schedule 1.” Schedule 2 means the drug has medical value. Historically, hemp—a sister plant to marijuana from cannabis sativa—was an important crop from Colonial times through World War II. Hemp was used to make rope, paper, foods and fabrics.

The campaign to outlaw hemp and marijuana reads like a chapter in the history of American greed. It has been suggested by advocates that hemp threatened the financial empires of tycoons in the paper, chemical, timber and petroleum industries in the early 1930s.

By the time Franklin Roosevelt became president, those powerful industrialists conspired to label hemp as part of the “devil’s weed” or the “evil marijuana” plant. Consequently, marijuana and hemp became illegal with the passage of the 1937 Marijuana Tax Act.

It is difficult to determine how the legalization of recreational marijuana will change Black incarceration rate.

Before the passage of Proposition 64, it was illegal to possess marijuana under state law. Penalties for possession of less than one ounce of marijuana (the equivalent to 40 marijuana cigarettes or “joints”) was punishable by a fine. Selling or growing marijuana could result in a jail or prison sentence.