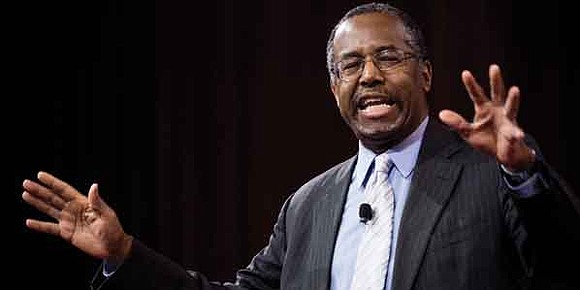 As he continues to propose nominees to fill his cabinet, President-Elect Donald Trump has reportedly selected a number people that may be of particular interest to African Americans. These include Dr. Ben Carson, a retired neurosurgeon and former presidential candidate who has been identified as a possible candidate for the Housing and Urban Development post. However, he has not formally accepted or turned down the job. Carson has criticized a recent HUD fair-housing rule, which requires local communities to assess patterns of income and racial discrimination in housing. He has also referred to the rule, known as Affirmatively Furthering Fair Housing, as a “mandated social-engineering scheme,” and in one instance said it was indicative of policy in a “communist” country.

One critic compared Carson’s experience to that of his predecessors.

“With so many qualified candidates to choose from with deep knowledge of, and commitment to affordable housing solutions for the poorest families, and with the housing crisis reaching new heights across the country, Dr. Ben Carson’s nomination to serve as HUD secretary is surprising and concerning, given his lack of experience with or knowledge of the programs he would oversee,” said Diane Yentel, president and CEO of the National Low Income Housing Coalition, in a statement.

Yentel noted that Carson did not seem to have a solid grip on knowing the department goal.

According to Carson advisor Armstrong Williams, “Dr. Carson feels he has no government experience, he’s never run a federal agency. The last thing he would want to do was take a position that could cripple the presidency.”

Betsy DeVos, a prominent advocate for school choice and charter schools, a billionaire activist and Republican fundraiser, has been tapped for Secretary of Education. She has been trying to gut public schools for years and has previously proposed changes even more radical than those Trump talked about during the presidential campaign.

The DeVos family has been promoting a much more radical idea of choice—one that favors moving public funding to private and religious schools over charters.

Randi Weingarten, president of the American Federation of Teachers—the nation’s second-largest teachers union—called DeVos “the most ideological, anti-public education nominee” in the past four decades.

In a published report in Mother Jones, the magazine writes that “if Trump’s voucher agenda moves forward, it is also possible that the federal government could send some Title 1 funding, a $15 billion program that exclusively funds low-income public schools, to high-income private and religious schools. If that becomes policy, DeVos—a billionaire who never sent her children to public schools—could oversee the erosion of one of the most important federal school programs created to serve America’s most vulnerable kids.