Steve Harvey at the Apollo and coming to Los Angeles 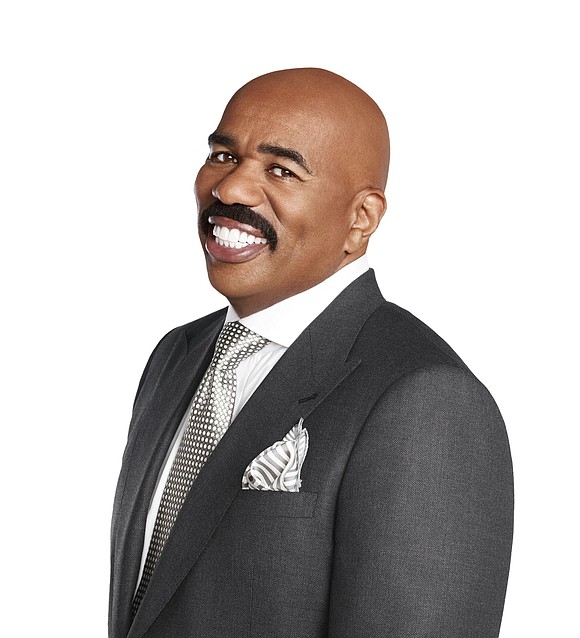 Emmy Award-winning comedian and talk show host Steve Harvey is on the move.

Mark your calendars for Monday, Dec. 5 when Harvey hosts “Showtime at the Apollo” on the Fox Network. The show will repeat Saturday, Dec. 31 from 8 to 10pm; and he’s moving to Los Angeles with a whole new show and new look.

But first, join Harvey for an unforgettable homecoming at the Legendary Apollo Theater.

Harvey said to the media, “I’m excited to be going back home to the Apollo to celebrate the history of this great theater. I have great memories from my time there, and this is going to be a homecoming party that you won’t want to miss.”

Harvey is joined by comedy icons Tracy Morgan, Mike Epps and Gabriel Iglesias; rappers Doug E. Fresh and Rakim; and R&B musical acts Bell Biv DeVoe and En Vogue, all returning home to the Apollo stage. Additional guests and performers will be announced closer to the date of airing.

Along with the well-known acts, the special will showcase Apollo’s legendary Amateur Night—the long-running, live talent competition, now in its 82nd year—which provides a platform for up-and-coming artists to perform in front of the toughest audience in the world. The Apollo audience is famed as one of entertainment’s most boisterous and brutally honest and those amateurs who don’t win over the crowd risk being booed off the stage.

Since introducing the first Amateur Night contests in 1934, the Apollo Theater has served as a testing ground for new artists working across a variety of art forms, and has ushered in the emergence of many new musical genres—including jazz, swing, bebop, R&B, gospel, blues, soul, and hip hop.

Understandably, the legendary Apollo Theater is referred to as “the soul of American culture”—playing a vital role in cultivating emerging talents and launching legends. Since its founding, the Apollo has served as a center of innovation and a creative catalyst for Harlem, the city of New York and the world. With music at its core, the Apollo’s programming extends to dance, theater, performance art, spoken word initiatives and more.

Harvey is the perfect host for the Apollo Theater; he’ll keep them laughing in between acts, and he is known for his love of Soul music and he’s not afraid to sing it to his captive audiences.

The word is out that Steve Harvey is ending his current talk show to launch a new talk show. He plans to move shop to L.A. in September 2017. The new show will be coproduced by Harvey and IMG, the New York-based media company whose affiliate, WME, represents the comedian/TV host, according to a story in the Chicago Tribune. It will air on all NBC-owned stations.

The current “Steve Harvey” Show will end after five seasons. Harvey’s present show is taped in Chicago, and his new talk show will be taped in Los Angeles where there is a lot more ‘star power’ opening up his show to top celebrity guests.

Chicago media reporter Robert Feder, says in addition to the celebrity aspect, Harvey has grown weary of commuting from Chicago to Los Angeles, where he also hosts “Little Big Shots,” “Family Feud” and other TV shows.

And let us not forget radio’s “Steve Harvey Morning Show” which is syndicated by Premiere Networks and reaches about six million weekly listeners. He currently has more than 50 nationwide affiliates, including stations in Atlanta, Chicago, Dallas, Detroit, Los Angeles, New York, Philadelphia and Washington. No announcement has been made about potential changes for the radio show following Harvey’s relocation to the West Coast.