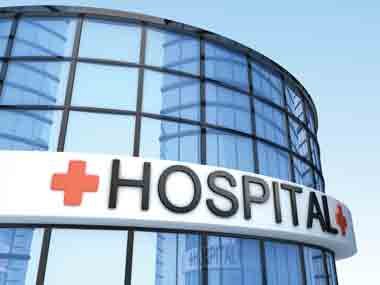 If passed in November, Proposition 52 would enhance an existing law that imposes fees on hospitals and directs those fees and federal matching funds to hospital-provided Medi-Cal healthcare services.

Nearly one in three Californians depend on Medi-Cal for healthcare services. That’s about 1.7 million seniors, 6.7 million children and 4.5 million members of working families. Enrollment has grown tremendously as a result of The Patient Protection and Affordable Care Act, commonly called the Affordable Care Act (ACA) or Obamacare.

According to the Centers for Disease Control and the U.S. Census Bureau, the uninsured rate in America has fallen from 15.7 to 9.2 percent under the ACA, which was enacted by President Barack Obama in March 2010.

Riggs said that supporters believe this proposition is vital because it protects and extends an important flow of federal dollars which has been coming into California to pay for medical services for the low income for seven years.

Back in 2009 during the recession, hospitals went to the California state legislature and put up money to partner with the state to secure billions of dollars per year in federal matching funds for Medi-Cal.

“Since that time, the program has brought in $18 billion in matching money that would have been unclaimed in Washington,” Riggs said.

Hospital contributions are determined by their medical caseload.

“Then they are reimbursed for services that have been performed,” Riggs said. “It’s a successful program.”

Passage of Propostion 52 will keep the program going and help eliminate the uncertainty that California hospitals have felt about the program all these years. It expired once before in 2013 and will expire again at the end of this year.

“Rather than having to renew every few years, the best way to protect the program is to make it ongoing,” said Riggs.

In 2011, when the state was in terrible financial condition, one-half billion dollars were diverted from the program for other purposes. To avoid this, Proposition 52 also prohibits the legislature from diverting any program money without approval of a super majority of voters.

It’s estimated that, should Proposition 52 pass, there will be increased revenue of around $250 million to support state and local public hospitals by 2019.

“It’s just a good policy,” Riggs said. “It helps those who are most vulnerable.”