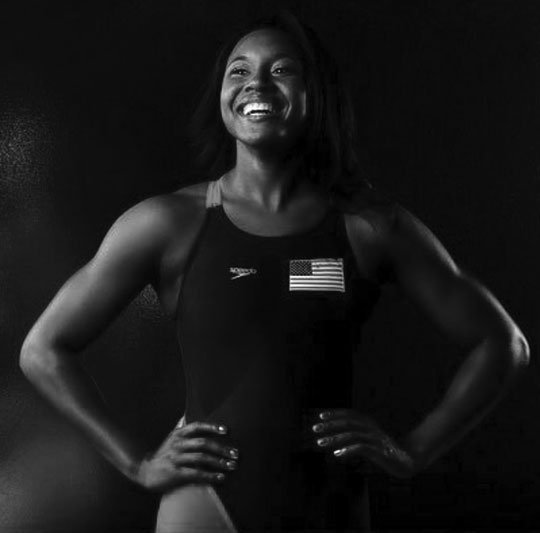 Before the 2016 Rio Olympic Games come to a close this weekend, a reflection is in order to acknowledge how pivotal a role Blacks/Africans around the world have played in taking home medals to their respective countries, and breaking records and barriers along the way.

Simone Manuel, who brought home four medals (two gold, two silver) from the Rio Games, made history on Aug. 11, when she became the first African American to earn a gold medal in individual swimming.

All of the USA Gymnastics Team kicked butt this year but none more gracefully than Simone Biles. Her medal haul includes 14 total world championship medals, including all-around golds in 2013, 2014 and 2015. She is the only female gymnast ever to win three consecutive world all-around titles. With 10 world championship gold medals, Biles holds the record for most ever won by a female gymnast. She also created a new gymnastics skill on floor, now known as “The Biles”: two back flips followed by a half twist, all done with a straight body. At Rio, she won five medals, four of which were gold.

Daryl Homer made history for Team USA, when he became the first African American, (and actually the first American) to medal in men’s sabre fencing. He brought home the silver in that event.

Fellow teammate Ibtihaj Muhammad, though she did not medal, still made history when she became the first American to compete in the Games while wearing a hijab (a headscarf worn by Muslim women.)

Overcoming a lifetime of heavy racism directed at “Black” Brazilians, Rafaela Silva shut down the naysayers, when she won Team Brazil’s first medal at the Rio Olympics in women’s judo.

Michelle Carter became the first American woman to win a gold medal in shot put. She even beat a record previously held by her father, Michael Carter, who took home a silver medal in the 1984 Los Angeles Olympic Games.

The ongoing joke is “why do the other runners even bother showing up?” For the third consecutive year, Team Jamaica’s Usain Bolt has maintained his title as “the fastest man in the world” taking gold in the men’s 100-meter dash.

Team Ethiopia’s Almaz Ayana broke the world and Olympic records (by 14 and 37 seconds, respectively) with her historic gold medal win in the women’s 10,000-meter race. She will compete Friday in the hopes of also taking gold in the 5,000-meter race, which would make her only the second woman ever to win gold in both events.

Claressa Shields made history for Team USA at the 2012 London Olympic Games when she became the first African American woman to win a gold medal in boxing. This Friday, she enters into a semi-final match against Dariga Shakimoya of Kazakhstan and hopefully from there, goes on to defend her title.

Though no medals have been claimed just yet, Ashleigh Johnson, is the first Black woman to make the USA Olympic water polo team.

A team all on his own, Kendrick Farris is the only American man to qualify for Olympic weightlifting.

Believe it or not, this list isn’t nearly exhaustive, and the roster of unbelievably talented athletes goes on. Needless to say, this years’ Olympics has been a shining example of the athletic prowess of our people and the lengths they can go when hard work and dedication are added to the equation. So cheers! for Team USA who continue to dominate the Olympics overall with, as of Wednesday, 86 medals (28 gold, 30 silver, 28 bronze), and nods to all of the other Black athletes around the world. May your respective countries continue to appreciate you, hopefully more than just once every four years.