“You’re the One I Want” by Shane Allison 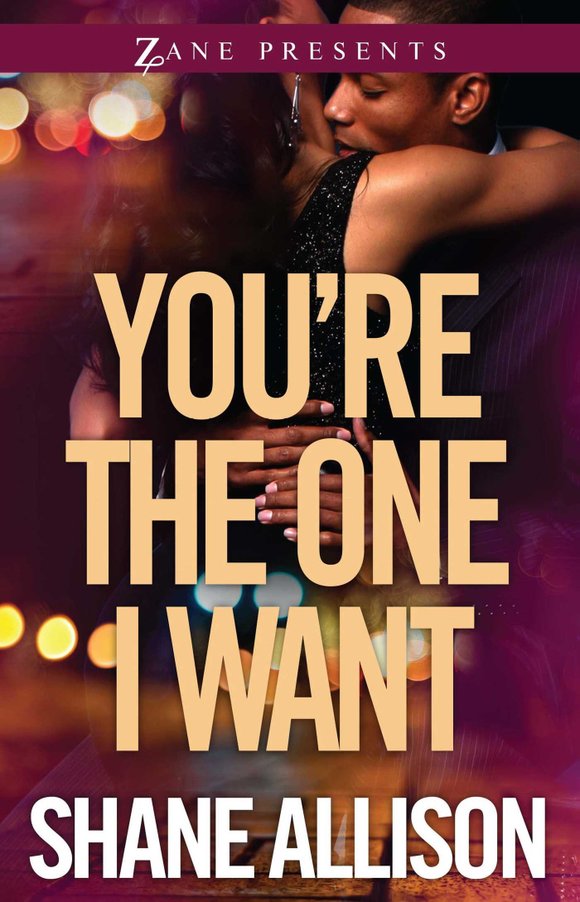 When you were two years old, that was your favorite word. Everything you saw belonged to you, somehow, one way or another. If you liked it, it was yours. If you didn’t like it, it was yours, too. And as you’ll see in the new novel “You’re the One I Want” by Shane Allison, some people never outgrow that.

Why did she do it? Bree didn’t have an answer to that. She loved Kashawn, that was for sure. He was a doctor, respected in their community, and he was smoking-hot. He loved her, too, though he knew she had a shady past as a dancer at a local gentleman’s club. He treated Bree like a queen, so there was no reason for her to sleep with Kashawn’s brother, except that she couldn’t resist the way Deanthony looked at her.

Deanthony had always been a little jealous of Kashawn. Truth was, he was in love with Bree and he couldn’t understand why she’d ever choose Kashawn over him. He was better for her in so many ways, and he knew she’d be happier with him – just as long as she never found out what he did after he left Florida to follow his dreams.

Bree’s BFF, Tangela, had a plan.

That was nothing new; Tangela was always planning on Bree’s behalf because it was all about Bree, wasn’t it? She was always making Bree’s life better, making Bree’s marriage better, getting Bree what she thought she needed, helping Bree make Kashawn happy. All that, it was something Tangela hated, just as she hated Bree because Tangela really just wanted Kashawn for herself. And here’s the thing: much like Bree, Tangela always got what she wanted; plus, she really wasn’t Bree’s best friend.

Sounds complicated? Yes, it is, somewhat. Confusing conversation between characters doesn’t help any, either - but then again, scintillating dialogue isn’t why you’d pick this book up.

Filled with explicit sex, profanity, violence, lies, and cheating, “You’re the One I Want” is an over-the- top story that you might not decide to read in public because it’s steamy. I mean, wipe-the- fog-from- your-glasses steamy. Everything else is secondary in this book – the characters don’t matter, the locale doesn’t matter, even author Shane Allison’s supporting cast is inconsequential here. The steam is at the stern, sex is what runs this book, and that’s all you need to know.

I say that so you’re clear that this novel is predictable and nasty, but readable. It’s not horrid, but it is hot. And if you need that kind of escape, grab “You’re the One I Want” and make it yours.