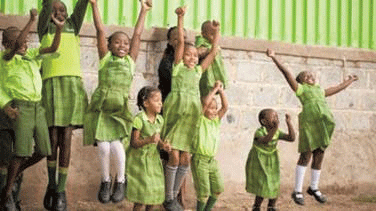 In what might be a first in Africa, Liberia will put its entire pre-primary and primary education system in the hands of a U.S. start-up that would bring a charter school model to struggling schools on the continent.

Bridge International Academies already has a presence in Kenya, Nigeria, and Uganda. Despite a headquarters in Nairobi, a listing for the company shows a San Francisco address.

When Liberian Education Minister George K. Werner announced in January that all pre-primary and primary schools would be outsourced to Bridge to manage, he set off a furor among local and international education experts. The arrangement, they said in an interview with the New Dawn newspaper, would be a “blatant violation” of Liberia’s international obligations under the right to education and have no justification under Liberia’s constitution.

Further, it could deny poor families access to quality education, they said.

“We will resist it and make sure that it does not go through at the National Legislature,” said Hester Williams Katakaw, a former deputy education minister under President Ellen Johnson Sirleaf.

Government has a responsibility to ensure that all children here are educated, she declared, and pushing such responsibility onto a foreign firm is not in the best interest of Liberian children.

Under the arrangement with Bridge, the Liberian government will pay $65 million over a five-year period. Public funding will support services subcontracted to the private, for-profit company. Parents will pay between $5 and $7 a month, not including school meals.

The Bridge formula uses a highly structured, technology-driven model that relies on teachers reading standardized lessons from hand-held tablet computers. Theoretically the exact same lesson would be taught in every class at the same time for the same grade.

An e-reader not only delivers the lesson script to the teachers, but also acts as an electronic time sheet, grade book and supervisor. The tablet tracks what time the teacher arrives, what time the individual leaves, and how long is spent on every lesson.

United Civil Society for Education Dialogue (UNICED), along with the Teachers Association of Liberia, has also expressed opposition to the proposed program.

A response to critics appeared in an Op Ed in Front Page Africa from Minister Werner.

“The public sector alone cannot handle the many problems facing the country’s education system... We have some great public schools in Liberia but we have far too few of them. And we already have a diverse set of school operators from government and non-government sectors in our education system.”

Perhaps, suggested a writer, an education system modeled on accountability, standardization, analytical rigor and policy changes that can be backed with rich data sets – albeit private – is far better than what Liberia has at the moment.”