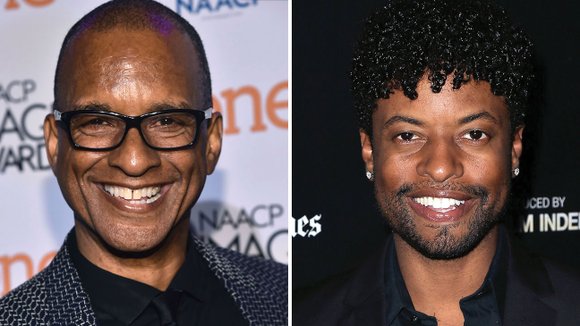 A big question mark looms over Hollywood at this time of the year. It’s pilot season and this year’s proposed new crop of network shows is now in production. Which of these shows will be break-out hits, which will flop and which shows will never see the light of day or night on TV?

When Fox debuted “Empire” executives didn’t expect such a record breaking show. “Empire” had critics, suits and bean counters all scratching their heads. And all of a sudden Black storylines with a punch, and Black performers were suddenly seen has hot commodities.

Networks have no shame in being ‘copycats.’ Everyone is looking for an “Empire” so-to-speak to win the ratings war. And that’s a good thing because more Blacks and other people of color will get jobs in front of and behind the camera.

Here is a list of Black stars that hopefully you will see on the fall season schedule. Due to the large number of Black stars (YAY!), I only have space for show title, stars name and brief summary.

Just announced this week, “Famous” the sitcom focuses on a young couple tested by the wife’s instant fame when a music video goes viral on the web and she gets a record deal. The producing team of Ralph Farquhar (“Real Husbands of Hollywood”) and Ty Hodges (“A Girl Like Grace”) are the creators and producers. No casting has been set. However, Fox is eyeing a June 12 premiere.

Damon Wayans Sr. as Murtaugh and Martin Riggs as his partner. Based on the feature film hit of the same name.

Centers on a young female pitcher (Kylie Bunbury (“Under the Dome”) who becomes the first woman, and happens to be Black, to play in the major leagues.

A coach starts from scratch with a diverse group of 8-year-olds, and their disparate parents. Cast: Wanda Sykes, Michael Mosley

A young woman and small-town mayor fake a miracle to save her bankrupt town. Cast: Jackee Harry, Casey Wilson,

A second spinoff from “Agents of SHIELD,” the drama follows the adventures of Bobbi Morse (aka Mockingbird) and Lance Hunter.

Set in an alternate history where gas and coal fuel the world, this genre soap centers on the battle for power between two rival families and a rebellious young woman with a spark of invention that could level both their empires. Cast: Vondie Curtis-Hall, Antonia Thomas