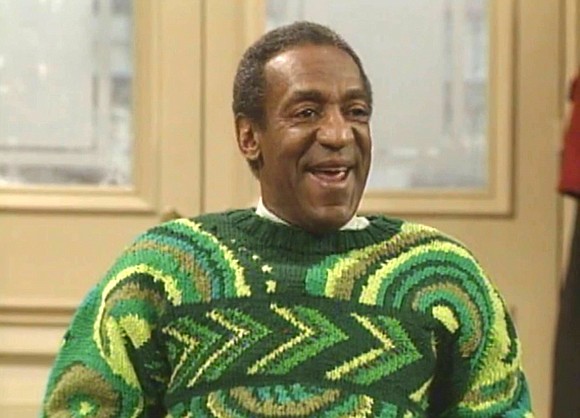 Bill Cosby's stunning fall from grace appears far from over.

In the latest setback over his sex assault allegations, three colleges in recent days have rescinded honorary degrees awarded to him years ago.

Fordham University in New York and Marquette University in Wisconsin announced last Thursday they had pulled the degrees given to the comedian to honor him. Then, on Monday, Brown University in Rhode Island said that it will do the same.

The Ivy League school in Providence gave Cosby an honorary doctorate in humane letters in 1985, back when "The Cosby Show" was one of the America's most watched programs. Among other things, that degree recognized the comedian for his "ability to integrate (his) personal character into fictional personae that simulate real life while embracing such cherished American values as honesty, fair play, love of family and respect for humanity," the school noted.

But in an email to "the Brown community," President Christina Paxson said that Cosby hasn't lived up to those standards and, because of that, his degree is being revoked.

"It has become clear, by his own admission in legal depositions that became public this summer, that Mr. Cosby has engaged in conduct with women that is contrary to the values of Brown and the qualities for which he was honored ... in 1985," Paxson wrote.

The school president said such degrees are revoked if the recipient's conduct "is grossly inconsistent with the values of Brown" and "run counter to or undermine the accomplishments that were cited as the basis for awarding the honorary degree."

"In this case these criteria have clearly been met," Paxson said. "The conduct that Mr. Cosby has acknowledged is wholly inconsistent with the behavior we expect of any individual associated with Brown."

Cosby's camp declined comment Tuesday on Brown's decision. But, through his lawyers, he has repeatedly denied wrongdoing. And the comedian has never been charged with any crimes related to sexual misconduct.

In a statement, Fordham said as a Jesuit university, it could "no longer stand behind the degree" it gave to Cosby in 2001. The school said Cosby was unworthy of the honor not just because of the actions he admitted to in a deposition -- that he obtained drugs to give to women he wanted to have sex with -- but also because Fordham believed he engaged in a "longtime strategy" of verbally attacking his female accusers.

"That Mr. Cosby was willing to drug and rape women for his sexual gratification, and further damage those same women's reputations and careers to obscure his guilt, hurt not only his victims, but all women, and is beyond the pale," the statement read.

"The statement issued by the university was so irresponsible as to shock the conscience. The statement grossly mischaracterizes both Mr. Cosby's actions and his deposition testimony, in language more befitting a tabloid journal rather than a respected institution of higher learning," Schmitt wrote.

Schmitt called the allegation that Cosby went after his accusers an "unfounded assertion."

"Mr. Cosby has been convicted of no crime and has steadfastly maintained his innocence," Schmitt wrote. "And yet the trustees felt entitled to sit in judgment and to announce that judgment with rhetorical flourish that is itself beyond the pale and worthy of condemnation."

Over the years, dozens of women have accused Cosby of sex assault, but he hasn't been arrested in relation to any of these cases.

This is the first time that Fordham has rescinded an honorary degree.

In an equally strong statement, the president and provost of Marquette announced the school's board of trustees rescinded Cosby's degree, awarded in 2013, after conversations with campus leaders and faculty members. University President Michael R. Lovell and Provost Daniel Myers said both groups gave overwhelming support to the board's action.

Like Fordham, Marquette cited what Cosby has admitted to in a deposition as the basis for its action.

"By his own admission, Mr. Cosby engaged in behaviors that go entirely against our university's mission and the guiding values we have worked so hard to instill on our campus," the statement read.

The fallout from the controversy over the sex assault allegations has been swift. Reruns of "The Cosby Show," his landmark 1980s sitcom, have been pulled from the airwaves, and other projects and tour dates have been scrapped.