How to get blood pressure down to 120 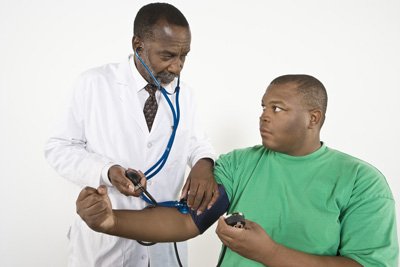 Doctors have long known that systolic blood pressure below 120 was considered normal and meant a lower risk of heart disease and kidney problems. But they would often only treat patients if that top number crept above 140, the threshold for officially having high blood pressure.

Recent findings from a large National Institutes of Health study now suggest that it's worth treating patients in that prehypertension gray area of 120 to 140, in order to bring them down into the normal range.

The findings, which have not yet been published and are still preliminary, found lower rates of heart attack, stroke and death among people with high blood pressure who brought that top number down to 120. In order to reach that goal, study participants in the 120 group took an average of three blood pressure medications, whereas the 140 group took two medications.

"This is notable because there (are) a lot of people out there with blood pressure in the 130s that we might previously have left alone, but if the results of this trial (are) as we think they are, it might be reason to try to get them to 120," said Dr. John D. Bisognano, professor of medicine at the University of Rochester Medical Center and president-elect of the American Society of Hypertension.

The final results of the NIH study will arrive in the coming months, but "it has changed in my practice. Like if I have someone in the low 140s, I no longer say that's sort of close. ... I try to push them down into the mid-130s if they are nondiabetic," Bisognano said. (Although this strategy might also help people with diabetes, Bisognano added, the NIH study only looked at people over 50 who did not have diabetes.)

The focus is on the top number in a blood pressure reading because it's a better predictor of heart attack and stroke than the bottom number, the diastolic pressure, Bisognano said.

So how can patients take their blood pressure down to 120?

If that becomes the new goal, many people will probably need to start a blood pressure medication or add another to their current regimen, Bisognano said. But there are also a number of lifestyle interventions they may be able to tap into instead of taking a new drug. Here are their options:

Many people have to take blood pressure medication just to stay close to the 140 mark, Bisognano said. Some may even run marathons and lead otherwise healthy lives, but just can't get down in the normal range, possibly because they are genetically predisposed to high blood pressure.

To get down to 120, these people may have to take more blood pressure medication. The most common, Bisognano said, are the "ABCDs": ACE inhibitors, beta blockers, calcium channel blockers and diuretics. Typically, patients who need more than one medication would take one from each of these classes.

Although the ABCDs can lead to side effects, such as dehydration, headache and weakness, most people can tolerate them and the problems are usually not severe, Bisognano said. In addition, "we are in a golden age of hypertension treatment, where almost all of the drugs are cheap," he said.