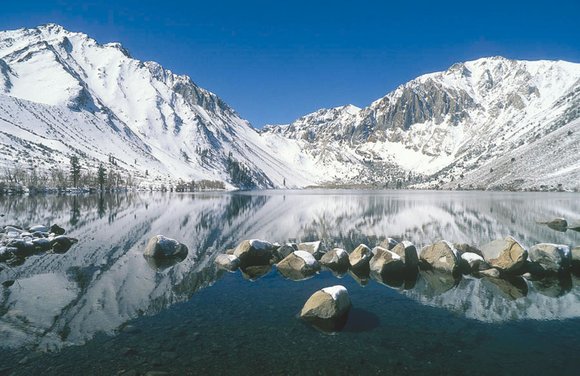 The snowpack in the Sierra Nevada Mountains is the lowest than at any time in the previous 500 years. That’s the latest finding from researchers at the journal Nature Climate Change who reported this week that the level of snow at the end of March on the high hills separating California and Nevada was just one-twentieth of the average for the last half century.

California residents are now paying for that decreasing amount of runoff in their electricity bills, at the grocery store and particularly through new regulations about water usage.

Because the West Coast is generally considered a Mediterranean climate (characterized by winter rainfall and warm, dry summers) snow would ordinarily melt during the spring and summer to keep reservoir levels high and therefore deliver a steady flow of water to hydroelectricity plants. However, the past four years have been certified by numerous regulatory agencies as the worst drought in California’s recorded history. Yet scientists can only look at direct temperature ratings dating from European settlement. Now an intrepid bioscientist, Valerie Trouet, and colleagues from the Laboratory of Tree Ring Research at the University of Arizona-Tuscon, are looking carefully at evidence preserved in the annual growth rings of more than 1,500 blue oaks in the Central Valley to measure tree growth and the rainfall. They reconstructed a timeline and a record of the annual winter precipitation in California from 1405 to 2005.

The researchers point to the unprecedented heat as a predictor of a “new normal” for the state. The natural world, they found, is changing the most because of the drought. Geophysicists have reported that because the burden of snow and water is so light in the Sierra Nevadas, the mountains have actually risen by as much as 15 millimeters. It may not sound like much, but the only time that mountains rise is because of uplift from seismic shifts.

Researchers have been reluctant to blame the drought on man-made global warming and climate change. Politically, this has become a “hot-button” issue. But as the drought has endured and shown every sign of being hotter and drier than any experienced before, scientists have cautiously begun to invoke climate change as a factor.

“We should be prepared for this type of snow drought to occur much more frequently because of rising temperatures,” Trouet said. “Anthropogenic (man-made environmental pollution) warming is making the drought much more severe.”