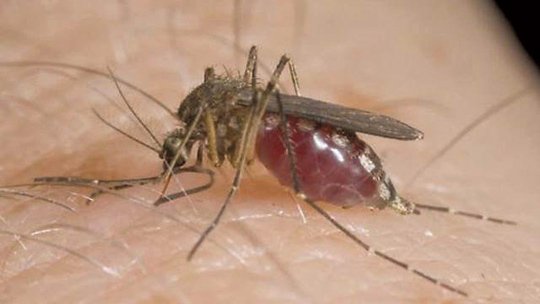 Details about the patient are being kept confidential.

“This death is a tragic reminder of how severe West Nile Virus can be,” said Cei Kratz, a vector district manager. “People need to stay vigilant in protecting themselves and removing potential mosquito breeding sites.”

Public health officials say there have been 93 human cases of West Nile Virus in Los Angeles County this year, including six fatalities. The virus is generally blamed on mosquitos, which typically pick up the virus from dead birds and spread it to animals and humans.

Those who become infected by the virus may never become sick or only suffer from mild symptoms such as headaches, fever, nausea, body aches and a mild skin rash. In rare cases, the virus can cause inflammation and swelling of the brain and eventual death.

People over the age of 50 are reportedly more likely to develop serious complications from the virus.

While mosquito season in the Antelope Valley is winding down, public health officials are urging residents to take precautions, including:

— Emptying all standing water around the home to reduce areas where mosquitoes may breed such as flower pots (i.e. water lilies) and pet bowls;

— Make sure windows and door screens are in good condition;

— Limit outdoor activity during dawn and dusk, when mosquitoes are most active;