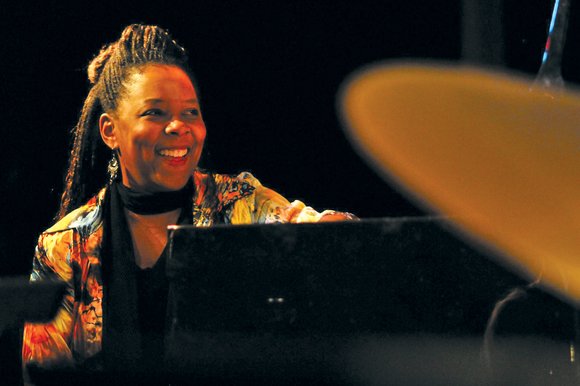 Locke College Prep Academy will rename their music building for three former teachers Donald Dustin, Frank Harris and Reggie Andrews at a ceremony where the music building will be renamed the Dustin Harris Andrews Building.

WHY: Over 60% of the graduates from Locke’s music program have become professional musicians including Tyrese Gibson, Patrice Rushen, Ndugu Chancler, Gerald Albright, Rickey Minor, Kamasi Washington, William Allen Young, Terrace Martin, Stephen Bruner, Ronald Bruner and Raymond Pounds. They all attribute their success to these 3 educators, who spent their personal time and money to make sure the students achieved their goals. Donald Dustin started the music program at Gompers Jr H.S. and partnered with Frank Harris at Locke to create a 6 year program that would train the musicians in the 6th grade all the way through high school. The program proved so successful that Dustin was promoted to run all of the music programs for L.A. Unified School District (LAUSD) and Harris was promoted to run the high school programs for LAUSD. Reggie Andrews was brought into Locke as a teacher and eventually the Music Department Chair, including training the Multi-School Jazz Band and the award-winning Locke HS marching band.

About Reggie Andrews: A graduate of Pepperdine University, Andrews was a musician with Willie Bobo, A&R director at Motown and co-writer/producer of the Dazz Band’s biggest hit “Let It Whip”. He is credited with securing a young Tyrese Gibson for the Coca-Cola commercial that started his career. Under his tutelage, Locke’s Music department was the first high school in California to be sanctioned as an Apple Training Education Center for popular music software Logic.

About Frank Harris: A graduate of Southern University in Baton Rouge, LA, Harris began teaching at Locke High School and established a model music program. He developed the All District Marching Band for the LAUSD for the annual Rose Parade, was promoted to Performing Arts Music Advisor for the Senior High Division of LAUSD, Assistant Principal at Westchester High School and co-founded the Southeast Symphony, a predominantly Black orchestra.

About Donald Dustin: A graduate of USC and member of their marching band, Dustin began teaching at Gompers Junior High School, where he taught for 22 years. When Locke High School opened in 1967, he partnered with Frank Harris to develop a music program at Gompers and Locke that was imitated around the United States. He co-founded the All District Marching Band with Frank Harris that showcased the best students at all of the senior high schools in the LAUSD.

About Alain LeRoy Locke College Preparatory Academy: Locke is a public charter high school located in Los Angeles serving the community of Watts. It is part of the Green Dot Public Schools and has students enrolled in grades 9-12. It is named after Alain LeRoy Locke, the first African American Rhodes Scholar in 1907 and philosophical architect of the Harlem Renaissance. It opened its doors in 1967 as a high school and was transformed into a college preparatory academy by Green Dot in 2008.