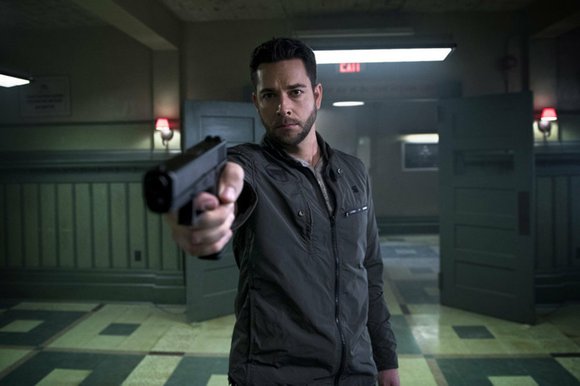 NBC is going to be a very new network come fall.

The peacock network was first out of the gate on Sunday with its new schedule, after canceling a number of series in recent days.

After ratings failed to live up to expectations on a few nights this season, the network is starting over with some new shows.

Here are five big takeaways from the new schedule.

The network is taking a big gamble by relaunching one of its past hits, which went slowly downhill over four seasons.

"Heroes Reborn" will have a largely new cast (including "Chuck's" Zachary Levi) and a few of the most memorable characters from the original "Heroes" (Masi Oka, Jack Coleman).

The series will take over what was once NBC's most-watched time slot, Thursdays at 8 p.m. ET/PT.

The sitcom "Coach" will likely be a midseason replacement, but we found out what Craig T. Nelson's rebooted series will be all about.

Coach Hayden Fox is relocated from Minnesota to help out his son's Ivy League school in Pennsylvania, where they know very little about football.

"Emerald City," which also looks to be a midseason replacement, sees Dorothy in a different kind of Land of Oz, where she becomes a "headstrong warrior," and "where wicked witches don't stay dead for long."

Of course they'll have to try something new since "Once Upon a Time" has been down this yellow brick road before.

Neil Patrick Harris' variety show "Best Time Ever" will be live every Monday night at 10 in the fall. Should be interesting.

Eva Longoria plays a telenovela star in a sitcom that follows her private life in "Hot & Bothered" in midseason.

After the success of "Jane the Virgin" (and ABC's cancellation of "Cristela"), networks are still looking for diverse series.

Here is the full schedule: