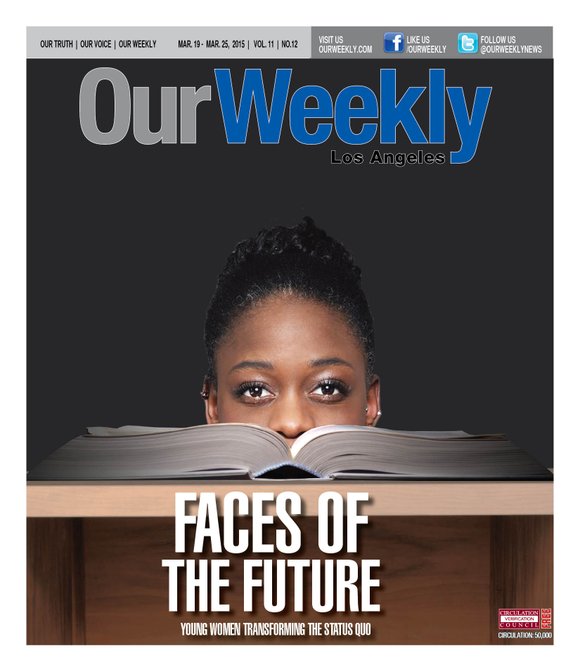 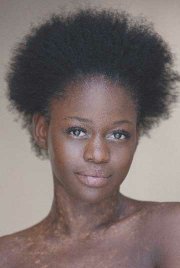 Michaela DePrince is a Sierra Leonean-American ballet dancer and author. Her first introduction to ballet occured when she discovered a photograph of a ballerina in the en pointe position while living in an orphanage. It was then she vowed to be just like the woman in the photo. Michaela has become so much more than the woman in the photo. She has changed the face of ballet. Michaela studied ballet at the Rock School for Dance Education and the Jacqueline Kennedy Onassis School at the American Ballet Theatre. Receiving training at some of the most prestigious dance schools enabled Michaela to build confidence while perfecting her craft. She has danced for the Joburg Ballet in South Africa, the Dance Theater of Harlem and the Dutch National Junior Company. Michaela released her memoir, “Taking Flight” in October. She shares stories of her challenges and successes as a young ballerina while inspiring the reader to see beyond their circumstances to reach their goals. At 20, Michaela has the ballet world on its “pointe.”

The LPGA tour showcases some the brightest stars in golf. Ginger Howard is one of them. On June 8, 2011 at 17, Ginger turned pro and, in short order won five events on the Sun Coast Mini Ladies Tour. She made history by becoming the youngest African

American female golfer to win the tournament. Ginger began playing golf at the age of six after numerous trips to the course with her father. Now at 20, with more than 70 trophies awarded, her place in the world of professional golf is solidified. In 2013, Ginger was profiled as one of “The Most Beautiful Women of Golf.” During this interview, she talked about the strongest part of her game being her “mental toughness” and short game. She also reflected on the impact training at the IMG Academy had on her life. Having the opportunity to be trained by some of the best players of the LPGA was a once-in-a-lifetime experience. When Ginger is not golfing, she enjoys playing video games, reading, writing and singing. Her sister, Robbie, also plays golf and has proven to be a great source of competition for her. It is safe to say that the Howard sisters may take over the golf world like the Williams sisters took over tennis.

At 19, Proscovia Alengot Oromait made history by becoming the youngest member of Parliament in Uganda and on the African

continent. She won the seat vacated by her deceased father, Michael Oromait. Her running for office surprised many, but to family and friends, it was the next logical step. Now at 22, Proscovia focuses on issues related to education, the environment, gender and health policy. She was listed by Forbes as one of the 20 Most Powerful Women in Africa.

Sloane Stephens, 21, is a tennis star who turned pro at 16. Sloane is currently ranked number 11 in the world. She is the youngest in the Women’s Tennis Association’s Top 30. Sloane won her first professional title in 2011 at the Camparini Gioielli Cup. In 2013, she reached her first Grand Slam semi-final. Sloane is currently playing in the Indian Wells Tennis Tournament and has been inspired by the tennis careers of Venus and Serena Williams.

At 24, Dominique Streater became the first African American woman to win Project Runway. She was best known on the show for her use of prints and bold colors. Dominique has been featured in Essence, Marie Claire and Jet. She also has taken her creativity

to the music industry, designing a collection of headphones for Velodyne. Her goals are to build her brand and open retail locations around the world. Dominique made history by winning season 12 of Project Runway and is destined to continue making monumental moves in the world of fashion.

Rochelle Ballantyne, 19, was profiled in the 2012 documentary “Brooklyn Castle,” a story about inner city students who play chess. Rochelle’s entry into the chess world began at the age of eight. Her ability to master the game and how her opponents 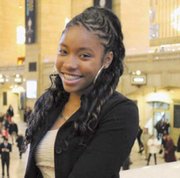 made her a formidable competitor. Rochelle won her first national championship in the fifth grade. Since then, she has been on a journey to become the first African American female Chess Master. Her current rating is 2,101; she needs a rating of 2,200 to obtain the title. Rochelle’s grandmother is the inspiration behind this goal. Rochelle is currently a sophomore at Stanford University where she is leading the charge to create an environment where topics such as race, culture, class and gender can be discussed openly and respectfully.

Chiney Ogwumike, 22, is a dominant newcomer in the WNBA. As a power forward for the Connecticut Sun, she represents true heart and determination. Chiney entered the league in 2014 after graduating from Stanford University. She was named the 2014 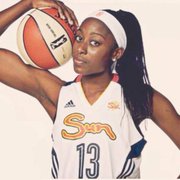 WNBA Rookie of the Year. She led rookies in rebounding and double-doubles. She also ranked second in scoring with 15.5 points per game and third in steals. While attending Stanford with her sister, she led the team to three Final Fours. She currently holds the record for most rebounds in the history of Stanford’s women’s basketball. Chiney has made a seamless transition from college to professional basketball. It is only a matter of time before she leads her team to a national championship.

Maya Penn is a 15-year-old entrepreneur and owner of Maya’s Ideas. She started her business in 2008 at the age of eight. Maya is a philanthropist, environmental activist, eco-designer, inspirational speaker, artist, illustrator and writer. All of Maya’s products are one of a kind, artisan handcrafted. As an environmentalist, she believes in making the world more habitable for people and

animals. All of Maya’s products are made with materials that are not harmful to the earth’s natural resources. Maya is the author and illustrator of two books, “Lucy and Sammy Save the Environment” and “Wild Rhymes.” She has completed three TEDTalks which have more than 1 million views, and been featured in Black Enterprise, Redbook, Forbes, Young Entrepreneur, CNN and Essence. Maya has also made an appearance on “The Steve Harvey Show.” Maya’s work does not end with writing or creating products; she also understands the importance of giving back. It is through her non-profit Maya’s Ideas 4 the Planet that she achieves this goal. Maya has created eco-friendly sanitary pads for girls in developing countries.

Zendaya, 19, is a multi-talented actress, author, dancer and singer. She began her career as an actor with the California Shakespearian Theatre. Since her early days of theater, she has become a widely sought-after actress staring in Disney Channel 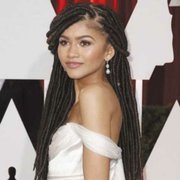 productions of “Shake It Up” and “Zapped.” Zendaya debuted her self-titled album in 2013. She has also penned her first advice book entitled “Between U and Me: How to Rock Your Tween Years with Style and Confidence.” The book provides tools for teens to live a “happy” and “healthy” life. Zendaya has performed at the White House, on “Ellen,” BET’s “106 & Park” and the “Today Show.” Most recently she appeared on the Oscar’s Red Carpet showcasing the beauty of African American hair through locs.

At an age where most little girls are playing with dolls and living in an imaginary world, Ester Okade has just entered college. She is a 10-year-old student at the online college Open University studying mathematics. This British mathematician has broken every

stereotype one can imagine about little Black girls. She has a love for math and learning. Ester has been homeschooled by her mom, Omonefe, who is also a mathematician. Ester wants to share her love of the subject with other kids and is currently working on a math book for kids entitled “Yummy Yummy Algebra.” After completing her undergraduate studies, Ester plans to obtain a Ph.D. and go on to open a bank.

Quvenzhane Wallis, 11, has taken Hollywood by storm. Her performances in “12 Years a Slave” and “Beasts of the Southern Wild” have made her one of the most sought-after child actresses today. She began her career in the industry at the age of five. As a 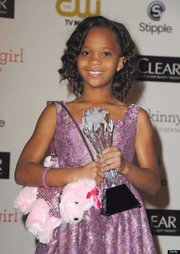 newcomer, she won her first role in “Beasts of the Southern Wild” which led her to make history by becoming the youngest actor to be nominated for an Oscar. She recently starred in the 2014 adaptation of “Annie.”

recite the alphabet. At 18 months, she knew her numbers in both English and Spanish. Anala’s favorite subject is geography. She carries a map with her everywhere she goes. Anala attends the Louisiana based Morrero Academy for Advanced Studies. She hopes to one day become a nurse.

At 7, Zora Bell was the youngest person to create a mobile app video game. She attends Harambee Institute of Science and

Technology Charter School in Philadelphia where she learned the technology “Bootstrap” in their STEMnasium Learning Academy. Zora’s achievement demonstrates how important mathematics and science is to young girls.

The girls and young women profiled here demonstrate intelligence, fearlessness and courage. They are changing the face of their respective professions and academia. As we look back to remember and salute women this month, we can rest assured that we will have women history makers to celebrate for years to come.