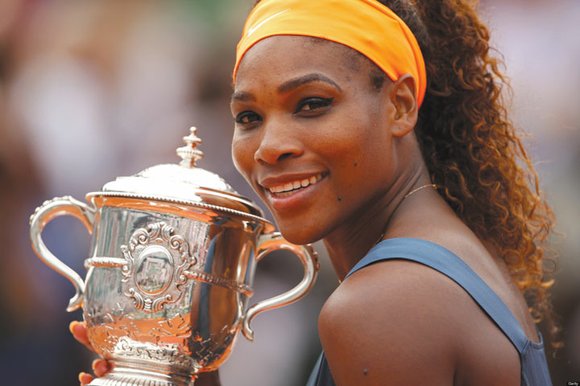 After capturing the French Open, and earning 20 Grand Slam titles, Serena Williams not only remains on top of the tennis world, but she is finally being compared to the greatest athletes in sports across the board.

Williams has dominated her sport for such a long period, that comparing her to other female tennis players no longer does her justice. She is now in the discussion with LeBron James, Tom Brady, Usain Bolt and a handful of other athletes.

Williams’ 20 Grand Slam titles ranks her third all-time, behind Steffi Graf’s 22, and Margaret Court’s 24. Graf’s mark is within reach, which would be enough to consider Williams the greatest female tennis player of all time.

When looking at other athletes whose careers overlap hers, especially in more popular male-dominated sports, have the likes of James, Kobe Bryant, Tim Duncan, Shaquille O’Neal, Brady, Peyton Manning, or Tiger Woods achieved more than her? It does not appear so.

It can be a little tough to compare athletes from individual sports to athletes from team sports. Williams has to rely on herself solely, unless she is playing doubles, while athletes in team sports are affected by players around them. But even with that, Williams has been the dominant force in her sport for well over a decade, which those other athletes cannot say.

It is easier to compare Williams to other athletes who play individual sports, such as Tiger Woods, who some argued was the greatest athlete in the world at one time. Seeing the way that Woods’ career has gone, as of right now, Williams has surpassed him in long-term dominance.

The only athlete who is dominating on the level that Williams is may be Bolt, who has been unbeatable in the short sprints and has rewritten the record books. There is also Floyd Mayweather, who’s entire image is built around being an undefeated fighter.

At this point, it is difficult to make an argument that there is an athlete that has dominated their opposition to a higher degree than Williams.