Looking for spirit in the rhythm 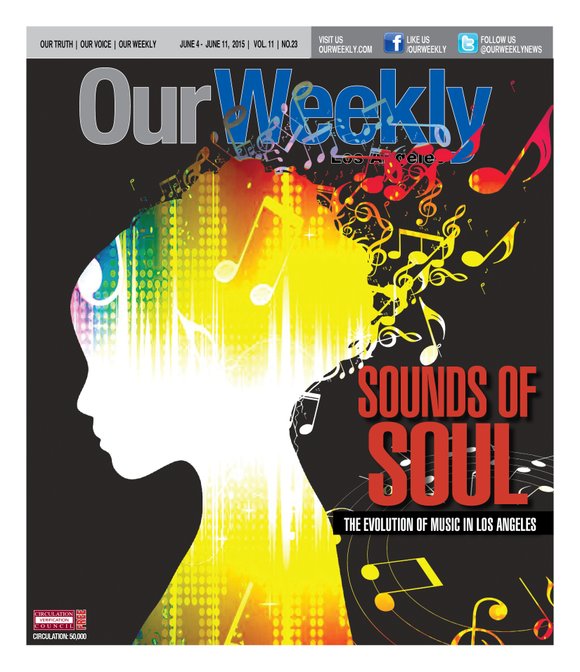 June is Black Music Month, and there is no time better suited to understand and explore the evolution of the distinctive ways folks of African descent have used to create this lyrical language.

Charles Wright, legendary leader of the Watts 103rd Street Rhythm Band, does not mince words when it comes to music. He thinks that Black music today is “in the dark ages.”

He attributes that, in part, to his belief that all of the better R&B musicians are not in the night clubs like they were in the 1960s and 1970s; they’re in the churches, because that is where “real music is being made.”

Wright considers “real music” as what is made by musicians playing drums, horns, guitar and other instruments.

“Black people used to go out and party and have a good time on Friday and Saturday nights in the neighborhoods. But that is not happening any more in the Black community,” said Wright, who laments the disappearance of the clubs, particularly those that played live blues in the little “dives” that once populated Central Avenue, Broadway and even Figueroa Street.

Coupled with the rise of making music via drum machines rather than with the actual instruments, Wright believes there is something missing from much of today’s Back music—spirit.

“Music (particularly drumming) is a spiritual thing . . . there is something about the drum. They make you laugh; they make you cry. (I think) the drum is the most important instrument in the world. The way (some people explain it) is that the beat of the drum corresponds with the beat of the heart. When you have 500 people coming together to the beat of a drum, something spiritual happens.”

That spiritual connection just does not happen when people are responding to music created with drum machines, believes Wright whose bands were best known for the nine singles to chart on Billboard’s pop and/or R&B Hot 100 lists between 1967 and 1973. These included “Love Land,” “Till You Get Enough,” and “Express Yourself.”

The latter track has been sampled by a number of artists including a remix by the Los Angeles rap group NWA, which included Wright’s newphew—Eazy E—Eric Lynn Wright.

Wright said his new single “Looking for An Ugly Woman” and upcoming album, “Be Careful What You Look For” is about bringing back that ‘real music’ connection. The single is currently playing on YouTube.

In addition to his music, Wright has also created a documentary, “Bring Back the Harmony.”

The point of this film, which was shot at Washington High School in Los Angeles, is to remind contemporary musicians about the need to create music that truly captures the spirit. But not all would agree that Black music is dead.

The new sound of L.A. By Juliana Norwood OW Editor-in-Chief

In addition to being one of the most prominent cities in the film industry, Los Angeles is also one of the preeminent places on the globe for the creation of recorded music. The overall sound of the city continues to evolve with the ever-changing times, but one staple that remains is the distinctive resonance of the experience that is Black L.A.