A mid-century take on cultural appropriation 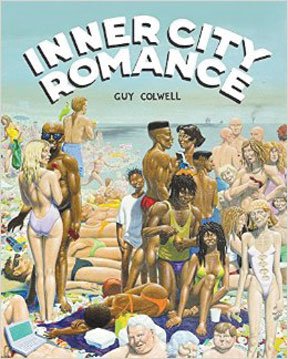 Alternative publications purport to offer a fresh take on subjects covered by the mainstream media, and often tackle taboo, off-limit issues avoided by the establishment. Publications like the bimonthly Rolling Stone were created to give a voice to the counterculture of the late 20th century, but managed to survive and stay relevant by keeping abreast of the shifting tastes of its core audience as they transitioned into middle age. In point of fact, Rolling Stone was actually absorbed into the wellspring of American society (although it arguably has remained well to the left in terms of political sensibility).

“Underground” comic books and strips that appeared in the alternative media of this era served a similar function; they provided an entertaining take on hot-button issues or sometimes topics unpopular with the readership of well-established publications.

These periodicals were typically sold at “head shops,” retail stores carrying paraphernalia for the consumption of marijuana, as well as clothing, artwork, record albums and other items associated with the counterculture.

The more popular of the comics such as the “Fabulous Furry Freak Brothers” (a personal favorite of this writer)—were collected in a comic book series that sold very well. Most prominently featured were the works of self-taught cartoonist Robert Crumb, whose famous cartoon character “Fritz the Cat,” made an entry into popular culture with the release of a self-titled, X-rated and animated motion picture (directed by another subversive soul, Ralph Bakshi) in 1972. Meant to take a swipe at middle class values and other aspects of American society, it and Crumb’s other work drew heavy criticism because of his unflattering characterizations of women and minorities (‘Fritz’ featured depictions of African Americans as crows).

In 1975, Bakshi mounted another animated feature—an update on the “Uncle Remus” folktales, in which the Black protagonists (Br’er Rabbit, voiced by Phillip Michael Thomas of “Miami Vice,” Br’er Bear played by soul crooner Barry White; and Charles Gordone’s Br’er Fox)—are simultaneously titillated and harassed by a voluptuous Miss America before choosing what seem to be the only (and stereotypical) options for men of color in these United States: become a sports hero/puppet of the media (Br’er Bear); a jackleg preacher selling out his people for a few bucks (Br’er Fox); or a straight-out criminal kingpin (Br’er Rabbit).

Earlier this year, Fantagraphics Publishing released a career compilation of a less commercially successful, but no less prolific contemporary of Bakshi and Crumb, named Guy Colwell. Titled “Inner City Romance,” this collection takes its name from the series of strips Colwell produced between 1971 and 1978, and is informed by the drug, political, and psycho-social milieu of the era.

Colwell achieved a fair amount of credibility because of his (comparatively) sympathetic renderings of Black people, which drove the noted African American cartoonist Grant Green to insist that this product of Danish-Scotch-Irish ancestry must be “a brother.” An art student in Oakland, Calif., before he let his student deferment lapse during the Vietnam War, Colwell chose to spend two years in prison instead of being inducted into the military. Upon his release, he settled in the politically charged San Francisco neighborhood of Haight-Ashbury, with its emergent hippie subculture, and the adjacent Black ghetto of Fillmore.