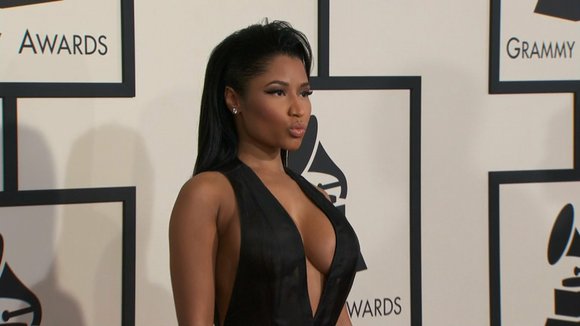 It started with a tweet, and it ended with one.

We can all breathe easier now that the great battle that was Taylor Swift vs. Nicki Minaj is over.

On Thursday, pop star Swift tweeted a "my bad" after mistakenly believing that a Minaj tweet was all about her.

"I thought I was being called out," Swift tweeted. "I missed the point, I misunderstood, then misspoke. I'm sorry, Nicki."

It all began when Minaj expressed her disappointment that her hit "Anaconda" wasn't nominated for video of the year at the MTV Video Music Awards.

"If I was a different 'kind' of artist, Anaconda would be nominated for best choreo and vid of the year as well," she tweeted, adding, "When the 'other' girls drop a video that breaks records and impacts culture they get that nomination."

The rapper later explained that she was addressing the issue of a lack of recognition for minority artists, but Swift, who was nominated, took it personally, and it was on. Swift even offered to take Minaj on stage with her if she won.

"I think everyone knows that Taylor has done nothing wrong in that situation," The Daily Telegraph quoted Sheeran as saying. "She didn't nominate herself for the awards. She just made some good videos, and people think they're good."

He also was quoted as saying Minaj's argument was "redundant."

Perhaps he was just "Thinking Out Loud," but Sheeran tweeted that his comments had been "taken out of context."

Minaj used Instagram to thank the media outlets that she felt helped her explain that her comments were about diversity and fairness, not an attempt to slam another artist.

"Nothing to do with any of the women, but everything to do with a system that doesn't credit black women for their contributions to pop culture as freely/quickly as they reward others," she wrote. "We are huge trendsetters, not second class citizens that get thrown crumbs."

She also tweeted an acceptance of Swift's apology.

The war is over, and we are going to go ahead and declare Twitter the winner.